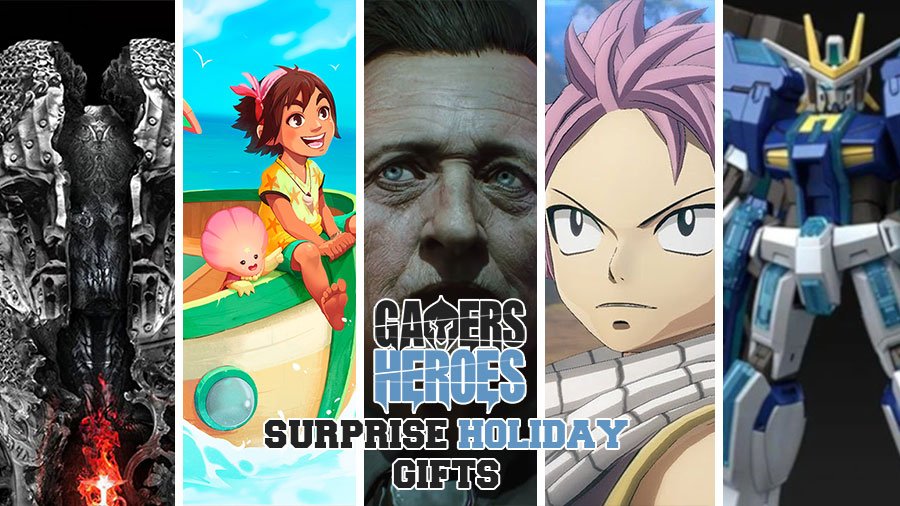 What do you get the gamer who has it all?

Those who kept up with the gaming landscape this year have no doubt picked up every last AAA release to hit store shelves. If you’re looking to get a unique gift for these hardcore folks, never fear – there were plenty of underground titles released in 2020 that will make even the most devout player smile with glee.

For those looking to do some last-minute shopping, here are Gamers Heroes’ 2020 sleeper hits of the year:

Fans of SoulsBorne titles are certainly not starved with choice, with Demon’s Souls, Hellpoint, and other titles making their debut this year. However, those looking for more games like FromSoftware’s classics shouldn’t sleep on Mortal Shell.

In true Souls fashion, combat provides an absolutely brutal challenge. However, parrying enemies and stealing HP from them changes up the typical Estus Flask reliance, and four different “Shell” classes keeps each playthrough fresh. Even the environments are unique, with undead ice caves, towers full of assassins, and flame areas with fire knights keeping you on your toes.

Mortal Shell shines brightly as an example of the formula done well, and will provide a meaty challenge to even the most hardened player.

You can read our review of Mortal Shell here.

Released during the summer doldrums, Bandai Namco brought the action of the overseas arcade fighter Mobile Suit Gundam: Extreme Vs. Maxi Boost ON to Western audiences to little fanfare.

Despite this quiet launch, this two-on-two fighter has got quite the pedigree. The fanservice alone makes this one stand out – more than 100 playable Gundams from ∀ Gundam to Mobile Suit Zeta Gundam make their appearance, paired with voiced lines (subbed, of course) and scripted fights in its Maxi Boost Missions mode.

The gameplay keeps pace as well, featuring a system that stresses the importance of speed. Built for both ranged fighters and melee battlers, its frantic, fluid, and fun action appeals to those from every sort of background. Anime and fighting game fans alike will no doubt be happy with this PlayStation 4 hit under their tree.

You can read our review of Mobile Suit Gundam: Extreme Vs. Maxi Boost ON here.

A certain Cyberpunk title stole the headlines this year, but there was another genre-defining hit this year in the form of Observer: System Redux.

Its world of plagues and wars might not have Keanu Reeves, but it does have psychedelic visuals, terrifying chase scenes, and next-generation graphics that put the PlayStation 5 and Xbox Series X through its paces. Filling in the shoes of a detective, this psychological thriller has players examining crime scenes, hunting down clues, questioning witnesses, and locating suspects in strange and bizarre places.

Even those who played the original Observer will find something to love with Observer: System Redux. Gameplay and content have been improved, and the once maligned stealth aspects have been overhauled to provide a fluid experience throughout.

All of these come together to create one of the best remaster packages in ages – just the thing to complement your loved one’s new console purchase.

You can read our review of Observer: System Redux here.

Licensed anime games can be hit and miss – the otaku among us want something that plays well and doesn’t amount to filler.

Leave it up to the folks at Koei Tecmo to create a solid Fairy Tail JRPG that’s true to its source material. A return to form for the classic turn-based RPG combat of yesteryear, this adaptation of the Weekly Shonen Magazine phenomenon chronicles Natsu’s journey through both fan favorite episodes and original in-game episodes. Though it starts out lighthearted, it soon leads to an epic struggle between the forces of good and evil.

Gameplay doesn’t skip a beat, featuring excellent turn-based combat that uses a 3×3 grid and an easily digestible combination of features that appeals to both casual and hardcore gamers.

Those who have an active Crunchyroll subscription will be thrilled to add this title to their queue this holiday season.

You can read our review of Fairy Tail here.

The holiday season can be absolutely maddening, which is why the calm, relaxing, and welcoming world of Summer in Mara is just what the doctor ordered.

With this game, the world of Mara is at your fingertips, one that is full of character and made with a loving passion. Players will meet a number of characters on their journey, each with their own dialogue, relationships, and personalities. Its carefully blended crafting system is designed to be simple and approachable, all while providing just enough challenge for older generations.

Though it is more about the journey than the destination, those looking for a breather from the heavy hitter rush can find their moment of zen with this title.

You can read our review of Summer in Mara here.