Darks Souls 2 will challenge and surprise you, it has quite a few changes from its predecessor. In this article I’ll be talking about my first few hours of gameplay and what kind of impression has been made so far. I’ll try to keep this fairly spoiler free although I’m going to be talking about the first few hours of the game and the first two bosses. The game begins very differently to Dark Souls, with you having to walk through a dilapidated valley in the beginning of the game to get to where you’ll create your character. I made the mistake of attacking the strange monkey-like creatures that almost ripped me to shreds. I ran out of there with my tail between my legs. It was then I got to choose my class, starting class and create my characters appearance. I chose the Warrior class and after taking my revenge on the little monkey creatures, I went through to the tutorial area, where it taught me the basic attacks and tactics. I also got to try out the new backstab mechanic, which I love.

After I left the tutorial area I entered the township of Majula, which is basically a mixture of the Nexus from Demon’s Souls and Firelink Shrine from Dark Souls. It was here I met the Emerald Herald, this is the lady who gives you your first Estus Flask and who features as the new leveling mechanics. She gave me some vague information that I was the next king and that I needed to kill 4 big bosses to progress further. The first place I visited was the Forest of the Fallen Giants, it was here I started my journey in Dark Souls 2, nothing would stop me. That was until a large knight sitting under a tree got angry and put an end to my ill-placed confidence embarrassingly quickly. Another try at him and I emerged victorious, taking the blade of my fallen enemy as my own. I was delighted to find an additional lightning damage perk was include, and it’s the sword I’m still using in my playthrough. 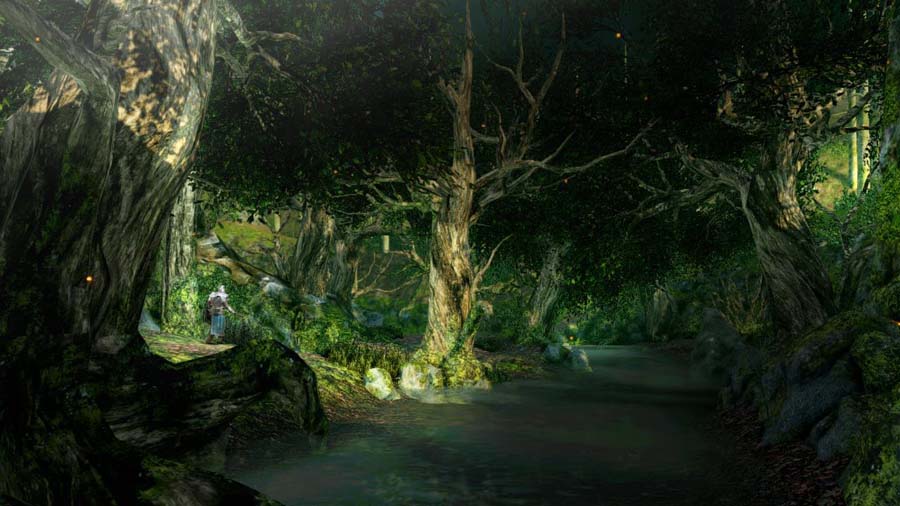 After making my way through the various enemies of the area and dying more times than I’d like to admit, I managed to find my way to the first boss room. I walked through the fog and was greeted with a large humanoid tree creature, The Last Giant. This boss fight was fairly easy, the giant is quite slow but does pack a powerful punch, I spent most of the fight hiding underneath him to avoid his powerful and long reaching sweep attacks. It didn’t help that halfway through the fight the giant tore it’s own arm off and tried to beat me with it. I’m not going to lie, that was dedication, and I almost felt bad killing it. Almost. After a few minutes of dodges and hiding under this arm-wielding powerhouse I managed to kill the giant and was rewarded with his Boss Soul and some Souls to spend leveling up.

I put my Souls to good use and leveled up my strength, dexterity, vitality and endurance, as well as getting myself a new set of armor from the Quiet Merchant in Majula. I was feeling pretty strong and powerful, so I decided to take on the second boss, The Pursuer, at which point I was again reminded of the unforgiving world of Dark Souls. I spent the next half an hour trying to kill this floating bringer of death, and dying a lot, again. I finally swallowed my pride and summoned another player to help me, we teamed up, and using melee attacks and the conveniently placed ballistas near the back of the boss area we managed to take down The Pursuer and I was able to level my character up some more.

These are just my first few hours of gameplay and I have to say a few things about Dark Souls 2. It’s much harder than its predecessor, the enemies are unforgiving and the slightest mistake will send you to your death. The world is a lot more open and you have so much to explore, there is treasure hidden in every area, though it’s usually guarded by a few less than friendly individuals. The boss fights are really well done, the AI is much better and the bosses are a lot more aware of your tactics and how to try and kill you. Overall I am loving Dark Souls 2, it’s challenging, it gives you lots to explore, it has a rich and deep lore within it, and it doesn’t tell you where to go. As soon as you get to Majula you can go to a number of different areas, though I do recommend The Forest of the Fallen Giants as it has the weakest enemies to start with.

I hope you guys enjoyed reading about my experience so far in Dark Souls 2, I’d love to hear about your experiences, did you take a different route than I did? What starting class did you pick and do you think you made the right choice?