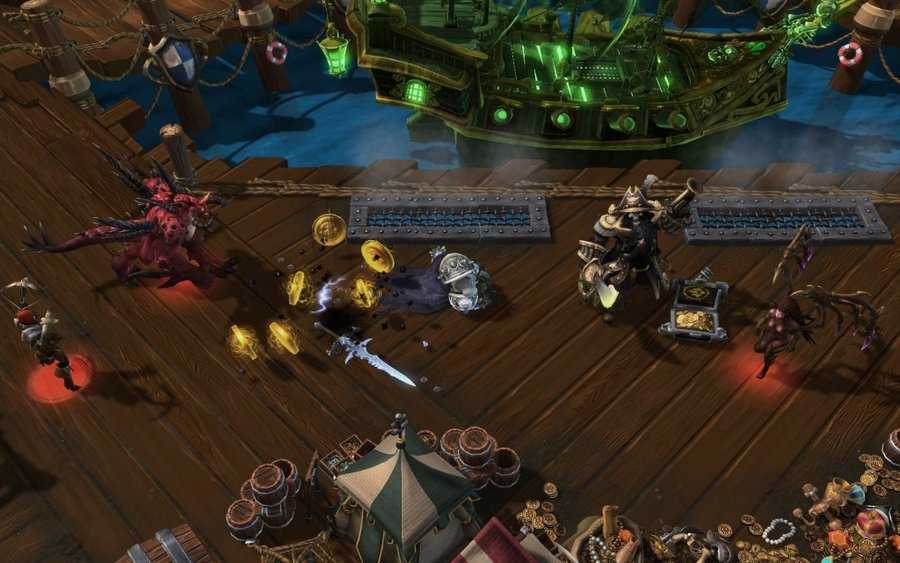 This past weekend I was lucky enough to receive a Heroes of the Storm (HotS) beta invite from Blizzard. Since I installed the game, every last minute of my gaming time this week has been spent on Heroes of the Storm. While it’s still in beta and probably will be for a fair amount of time, Heroes of the Storm is going to be the MOBA (Multiplayer Online Battle Arena) that changes your opinion on the entire genre.

In case you didn’t know, Heroes of the Storm is Blizzard’s take on a MOBA. It uses characters from all Blizzard universes, meaning you can make Arthas the Lich King fight Diablo, something that Blizzard fans have been dreaming of. If you’re a fan of the Blizzard universe, the characters and lore will definitely peak your interest, and even if you’re not, the characters are still interesting enough to offer a diverse range of choices.

Personally, I’ve always been a fan of MOBAs. I’ve put close to 150 hours into DOTA 2 and loved every minute of it. While this is nowhere near as much as a lot of “hardcore” players, 150 hours is still a significant amount of time. On top of this, there’s never been a Blizzard game that I didn’t enjoy, so HotS seemed to be the perfect mix.

One of the biggest things that gives current MOBAs a bad name is the match length. Blizzard set out to fix this by making gameplay much faster and more team oriented. I’ve played almost 50 games of HotS and the longest games I’ve had have been roughly 30 minutes, with the average being closer to 20 minutes. If you’ve played other MOBAs you know that these numbers are extremely quick, seeing as I usually plan around 45 minutes for a game of DOTA 2. Heroes of the Storm is extremely fast paced and full of action because it gets rid of some of the more boring phases other MOBAs still have.

The next big change that sets Heroes of the Storm apart is the focus on team play rather than individual strength. Levels are gained as a team, making every role feel equally important. On top of this, each of the six maps has a unique, game-changing objective that is nearly impossible to solo. These objectives are fun but more importantly they’re significant enough to make it beneficial to focus on the objective at every opportunity possible.

Of course, the game is still in beta. There are issues with matchmaking and there’s still some kinks that need to be worked out. Heroes aren’t perfect, but any mistake I’ve made in game has been my fault and can’t really be blamed on bugs or an unfair advantage that I wasn’t offered. HotS punishes your mistakes, but in the fairest way possible.

Blizzard has really done its research though, and is creating a MOBA that’ll be a good addition to the genre. With Blizzard being such an established developer there’s a very bright future for HotS. They can afford to dedicate the resources necessary to make the game great and host tournaments and other live events. On release, don’t be shocked if Heroes of the Storm gains a large competitive following.