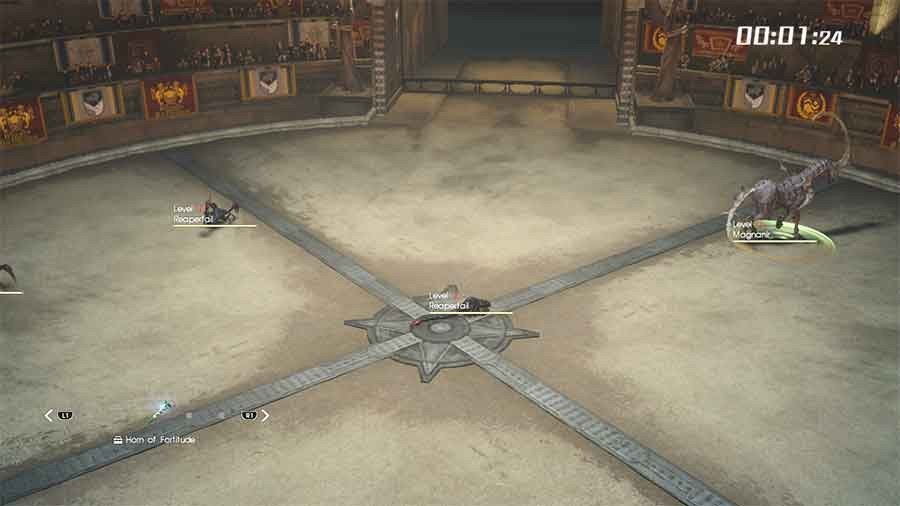 The Final Fantasy franchise is known for its incredibly detailed and fun to play mini-games but let’s face it, Justice Monsters Five is not one of them. There is however, a little something tucked away in Altissia that is easily Final Fantasy XV’s best mini-game.

Prior to the release of Final Fantasy XV Square Enix released Justice Monsters Five as a stand-alone game for mobile devices. I spent approximately 3 minutes downloading it, 30 seconds installing it and 10 minutes playing it before removing it from my device. It lacks the substance, variety, excitement and depth of the iconic mini-games of yesteryear and is easily one of Final Fantasy XV’s most disappointing elements.

But there’s a saving grace, the Final Fantasy XV Arena (Totomostro). Something I didn’t discover until I had already completed the main story, unlocked the 8 hidden dungeons, gathered the 5 legendary weapons and completed every weapon upgrade in the game. I’m a little ashamed it never even made my list of 10 things to do once you’ve completed Final Fantasy XV, it’s that easy to miss.

The mini-game is an exciting monster vs. monster arena where Noctis and co can place wagers on different monsters. It’s a big money, big risk game that offers some great rewards but just the visuals of the fight are impressive. Watching a pack of Flexitusks rip apart a pair of Anak’s, or an Iron Giant catching 8 different enemies in a single move, it’s impressive.

Hopefully you’re a better explorer than me and didn’t miss it but in case you did, I definitely recommend you check out the arena.

Oh, I almost forgot. For your mini-game addicts out there – you can also play darts. But ya know, it’s darts right?