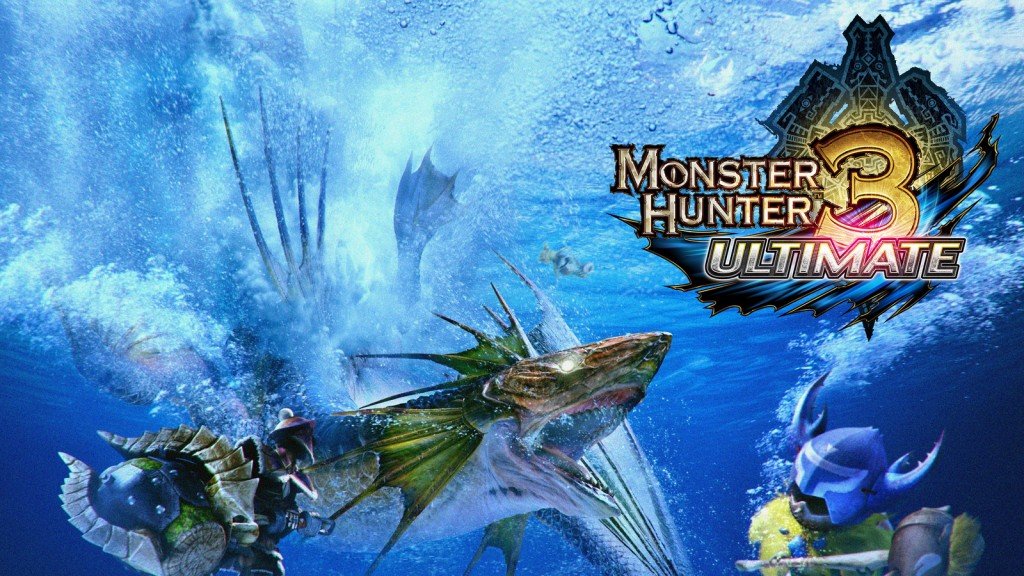 Monster Hunter is a series that in Japan has sold like bonkers and carried the systems the franchises have picked at the time period. Most people point to Monster Hunter being the saving grace of the PSP and certainly we saw the sales and domination of the 3DS over the PS Vita after Monster Hunter 3 Ultimate released in Japan along with the announcement of Monster Hunter 4 being a Nintendo exclusive. Still somehow over in the US and UK not very many people know about one of Capcom’s biggest franchises. I wanted to take a peek into this game to find out why people should care about this game and why it is only really popular in the Japanese games market. What I found was a game that everyone should really pay attention to.

For many in the hardcore sphere of gaming there hasn’t really been a reason to buy a Wii U or a 3DS/3DS XL really. A slew of Nintendo titles have come out on the 3DS that I have loved, but nothing really hardcore for people to sink their teeth into and the same is true for the Wii U. Monster Hunter 3 Ultimate is that 100 hour RPG that people have been waiting for. There are hundreds of quests, hundreds of monsters and a ton of loot/gear to craft. Every trip out into the Monster Hunter world moves you forward in some way.

The game is a grind, but for some people it is a grind in a good way. I found it very easy to pick up and play for an hour at a time, listening to a podcast or something, while grabbing a couple of items I knew I was going to need moving forward in the story. There is no levels for the characters so the experience you gain is really experience in playing the game. Plus the 3DS and Wii U version are cross save compatible so hardcore fans of the series will be able to have both versions of the game and take their save on the go.

The 3DS and Wii U cross saves have really made the game popular in the Japanese game market. People on trains can play locally with 3 other Monster Hunter players on their trip into work or out on the town. This makes the grind more enjoyable because you can knock out the more tedious aspects of the game when you would normally be staring at a wall. Then when you get home you can just transfer your character and any guild cards from other players you have picked up throughout the day to the big screen and continue your game.

Something Nintendo, and consequently the Wii U, has missed out in the past is online play. Monster Hunter 3 Ultimate has 4 player online co-op that takes a little to get used to, but is available and is the real way to play the game. The reason Monster Hunter was so popular on the PSP and the 3DS in Japan is because there seems to always be people around you that are playing the game. Now with the Wii U you can have that experience whenever you want by just connecting to the online world.

This again speaks to the hardcore video game audience and makes the game so much more enjoyable. Being able to jump on anytime and find people that are looking to kill the same monster whenever you want is addicting. Plus with the Wii U Gamepad everyone has a chat pad, everyone has a microphone and everyone has a reason to stay connected to the experience. You never have to worry about people not communicating when they are playing because you KNOW that everyone has the ability to. This gives Monster Hunter a leg up on other multiplayer games where you might have to worry about someone having a headset or not being able to hear you. Nintendo could really learn from the Monster Hunter experience and put in more voice chat and online multiplayer options for those games. Just think how much better some of the latest Super Mario games could be if they had online co-op with voice chat!

With all of that information on the screen you can really focus on the combat and get rid of all of the unwanted clutter on the screen. Plus battling is more enjoyable because you can choose what kind of control option you like best. Hardcore console players will love the Wii U Pro Controller for playing the game while old time monster hunter fans will still be able to use the control scheme they have liked in the past. 3DS players can use a couple of different control schemes as well including circle pad pro support. Monster hunter just takes the best qualities of the Wii U and the 3DS and uses them to their fullest. I honestly couldn’t imagine playing this game on any other platform

And that is really why some people should care and pay more attention to Monster Hunter. There are a ton of people out there with a Wii U and a 3DS just waiting to play an awesome game. This hardcore RPG has online play, has communication devices built into the hardware, has a different control scheme for everyone and makes the Wii U and 3DS work together properly like they should. Let’s just hope Nintendo sees why people like this experience and implements the design ideas from Capcom into some of their new games.

I guess that’s about enough of me rattling on about Monster Hunter 3 Ultimate. What do you guys think? Does this article make you want to pick up the title? Hit us up in the comments below and talk some Monster Hunter with us.