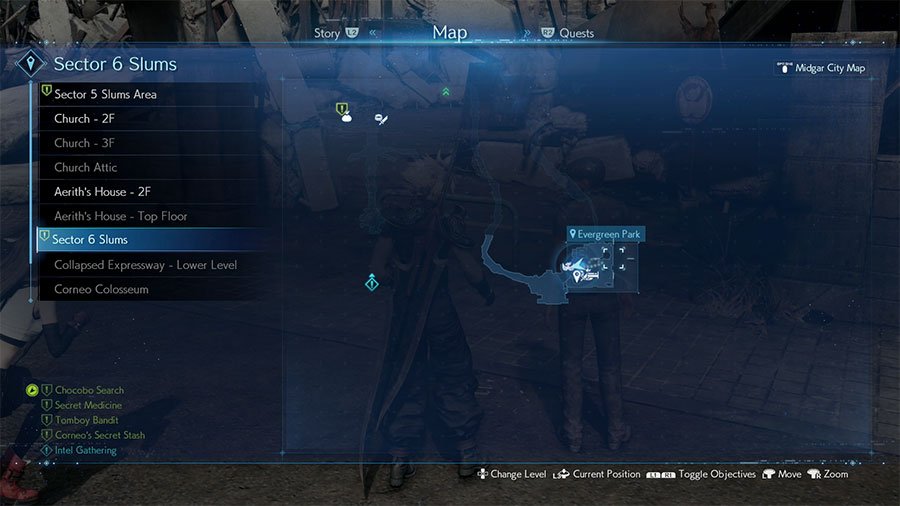 The 21. Secret Medicine quest requests a special item in FF7R. This guide tells you Where To Find Behemoth Horn In Final Fantasy 7 Remake as it’s easy enough to find if you know where to look, but it’s tucked away behind another side quest in Chapter 14 called 24. Subterranean Menace

The Secret Medicine quest is a quest from a Doctor near the Orphanage. He requests that you find three special items. A Moogle Mortar, a Flower and a Behemoth Horn. The flower can be found to the North, in the church. The Moogle Mortar can be purchased from the Moogle Store at the kids hideout. It states that it’s only there sometimes, but it was there during all of Chapter 14 so if you’ve got this quest, there’s a good chance you can find the mortar too.

You need to have to Evergreen Park and Speak with Wymer to get the side quest 24. Subterranean Menace. He will tell you that the underground Shinra Testing Facility has been overrun with monsters, and he asks you to clear them out. Although it’s a bit of a walk, the enemies on route are easy enough to take down but waiting for you in the final boss room is a Behemoth, so make sure to come in prepared.

Barrier works really well here as nearly all of Behemoth’s attacks are physical. You need to weaken the upper and lower body parts. Once one has been destroyed, the Behemoth falls down. You must then destroy the remaining body part to make the horns vulnerable to attack. Try to save any limit breaks for the horns as destroying them in a single blow makes the rest of the fight much quicker, otherwise you will need to repeat the process at least one additional time.