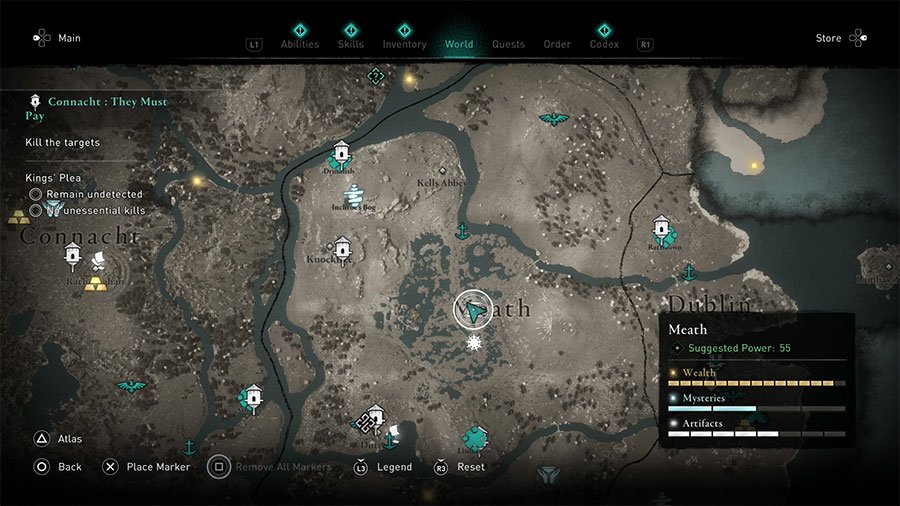 Wrath of the Druids reintroduces a number of new treasure maps to AC Valhalla. This Assassin’s Creed Valhalla Southern Ui Neill Treasure Hoard Map Guide will tell you where to find one such map, how you can figure out where the map leads, and where you can find the buried treasure.

There’s a camp in the center of Meath that hides this treasure map. There’s only a few enemies to take down so it’s not much of a problem. Once you’ve cleared all of the enemies there’s a tent on the corner of the camp. You can find the treasure map and the first clue inside the tent. Pick up the map and then open your inventory. Select the bag icon and then scroll all the way to the bottom. You can then open the appropriate Treasure Hoard map in that section. 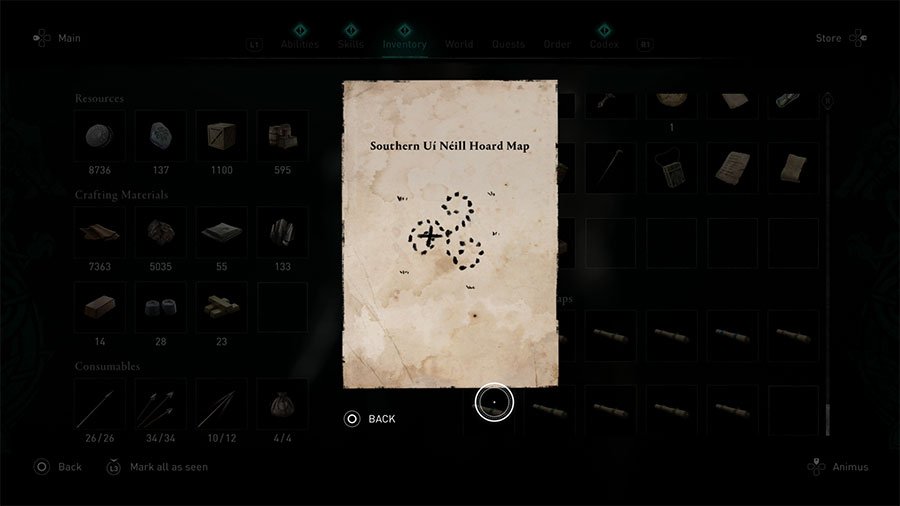 Don’t you just love these map clues? This one shows you several circles of something with the treasure in the one on the left. There’s not much to go on here but if you check the Meath area and zoom the map right in, you should be able to find the location. 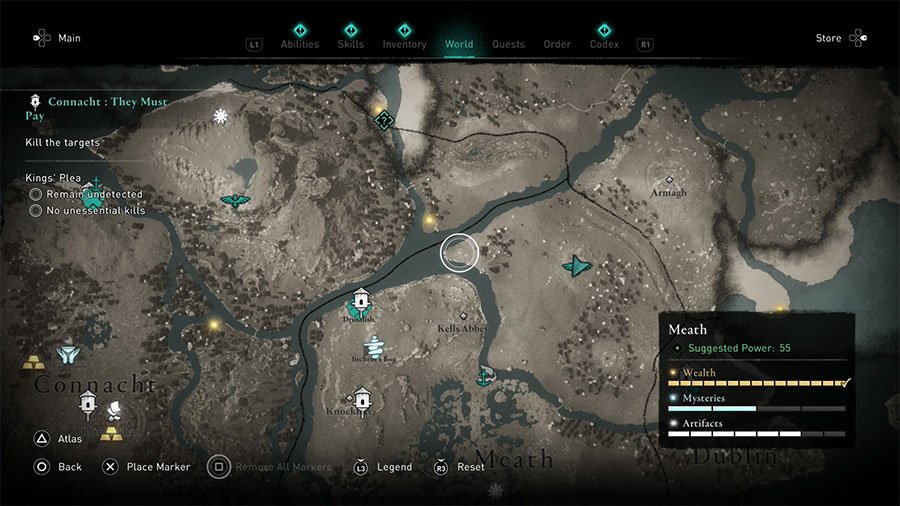 Right on the Northern edge of Meath there’s a small piece of land by the meeting of several lakes. If you zoom right in, you can see the strange circular formations shown in the clue. Head to this location. 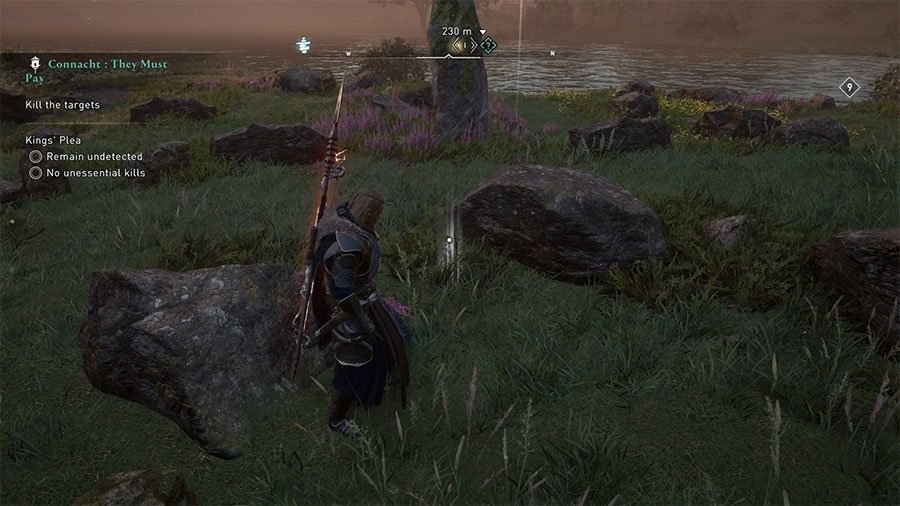 The strange formations shown on the clue are stones. There’s a group of stones at this location. You will find the treasure not far from the central pillar in the middle of the formations. You get a paint scheme for the hull of your ship.