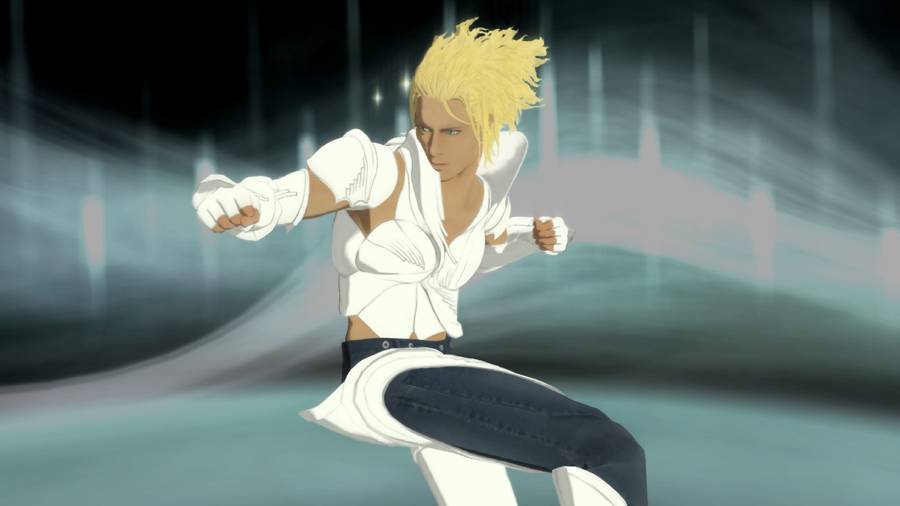 Up to this point in El Shaddai Ascension Of  The Metatron there haven’t been very many challenges that you’ve had any control over. At the end of chapter 3 you face two giant pigs called Woola and Foola. They are not to difficult but this guide will help you bring them down quick so you can move on. Let’s go.

The first real boss you can actually beat in El Shaddai Ascension Of  The Metatron are called Woola and Foola. These two armored giant pigs have a few tricks up their sleeves but it isn’t anything we can’t handle.

This fight is pretty much like a bull fight you’d see in a cartoon. You wait for them to charge then lay into them once they crash into and wall or each other. You acquire the eyes of truth for this fight so you can see what they are most weak against. They are weakest against the sword so grab that when the orbs appear.

Once they charge and hit a wall you can start hitting them and get about 5 or 6 hits in before they push you back with an aura. Pick one red or blue and keep on it until it dies. You can tell how close it is to dead by its armor.

Before one dies they will typically line up side by side and do a double charge at you. Dodge it and finish off the pig you have weakened the most.

After one died for me at least the other one went on a rampage going in circles and hitting me a few times before stopping. Dodge it if you can but expect to be hit a couple times here. After he wares himself down he will resume his charge at the wall. Finish him off and you will have beaten chapter 3.

That’s it for the El Shaddai Ascension Of  The Metatron Fool and Woola boss guide. Check back soon for the other boss fights in the game.