Wondering what the best car to pick is at the start of Forza Horizon 5? This Forza Horizon 5 What Car To Choose At The Start guide will tell you which car is the best to choose but ultimately, it doesn’t matter. If you were paying attention when the cars were taken out of the plane, Haley tells you that she’ll take the rest of the cars back to the garage, just pick the vehicle you want to take away now.

Just to save you some time, as time is valuable and you’re likely in the middle of playing Forza Horizon 5 already, pick any vehicle. It doesn’t matter. The three starting vehicles you get are the Chevrolet Corvette Stingray Coupe, Ford Bronco, and Toyota GR Supra. Each car has its different strengths and weaknesses. For example, the Bronco is going to conquer the other two cars on dirt roads but it won’t match either when it comes to speed on the open road.

During the cut-scene where Haley tells you about the vehicles, she lets you know that she will take the rest back to the shop, so just pick the one you want to drive now. That’s basically all this choice is. The car you choose will be used for the first mission and that’s it. Once you have the ability to go to your garage and swap vehicles, you can immediately choose any of the starting three vehicles and they will remain in your garage for the rest of the game.

So that’s it. Ultimately, it doesn’t matter if there’s a best starting car in Forza Horizon 5, because you get to keep all three permanently anyway. So just pick the one you like the look of to complete the first mission. Beat Charles Or Let Him Win In Forza Horizon 5

During the Born Fast Horizon Story you are given a choice during a race. This guide on Beat Charles Or Let Him Win In Forza Horizon 5 will tell you if the choice has any serious consequence or if it's just like the rest of the choices in the game and doesn't matter. 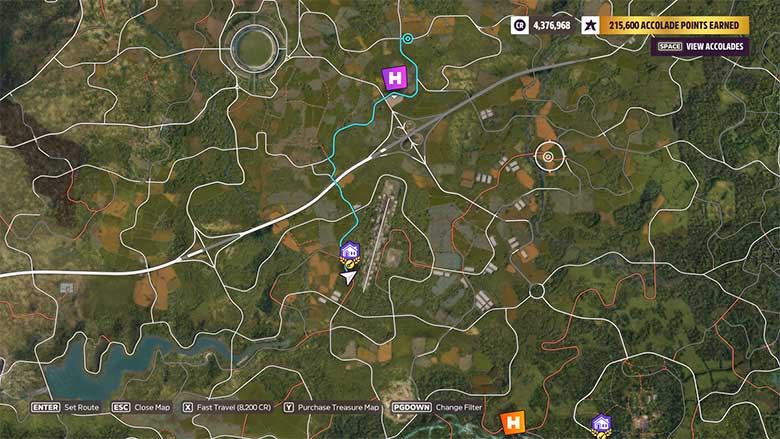 Player Houses are very valuable in Forza Horizon 5. This Forza Horizon 5 All Player House Locations will tell you where you can find all of the player houses as well as the rewards you get for purchasing each of the houses. Forza Horizon 5 How To Customize Cars

There's a huge array of liveries and other visual upgrades for your vehicles in Forza Horizon 5. This Forza Horizon 5 How To Customize Cars guide will tell you what you need to do if you want pimp out your ride to change the visuals and other aesthetic components to make your car look unique. Legendary vehicles are some of the best and fastest in the game. This Best Free Legendary Cars In Forza Horizon 5 Guide will list a bunch of Legendary Cars that you can get completely for free, without having to buy anything, you unlock the cars just be completing some specific events and Accolades.
ShareTweet
Tags
Game Guides PC Guides Xbox One Guides Xbox Series X Guides