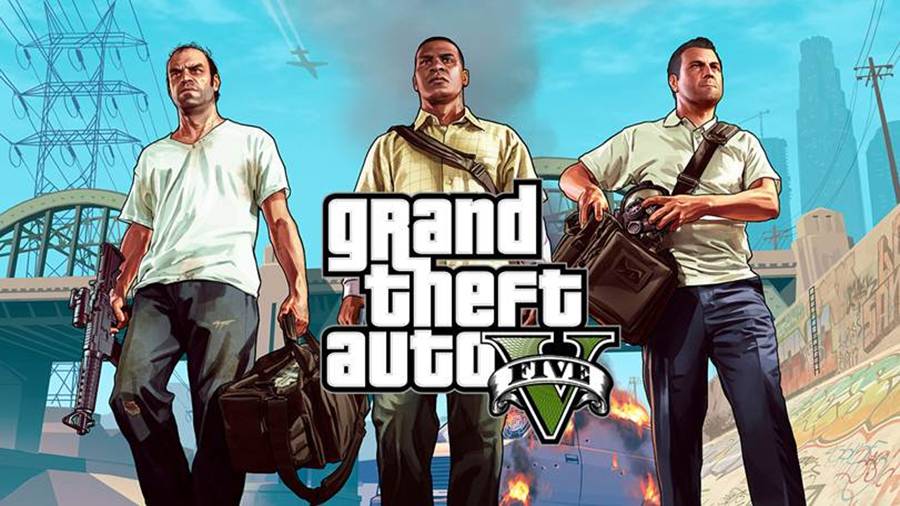 The first heist in the game is done at the jewellery store with Micheal and Franklin. You can get about $500,000 out of the store if you move quick and don’t alert the police. This guide will help you get the job done the smart way but if you prefer loud and fast, we’ve got that for you too. 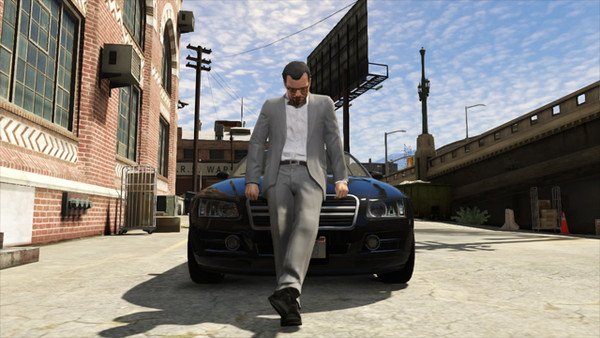 This is the smart route. My crew was Eddie Toh because he had the best driving stats, Norm Richards since his cut was the lowest and ideally we aren’t shooting anyone(take the other guy if you want a bigger pay day because this guy crashes and you lose his cut) and Rickie Lukens because I wanted to keep my profits high.

The Stealth Set up

For the heist you will need to get a pest control van and some knock out gas. If you drive around long enough Lester will text you and tell you where you can find a van. Head to the HS way-point and you will find the vans and of course some pest control guys near them. If you steal the van they will call the cops on you and you have to evade the cops, which is pretty easy once you get off the highway. You can also try to kill all the pest control guys then get the van. Either way take it back to Lester and this part of the mission will be complete.

After you have dropped off the van, Lester will call about the knock out gas. Head over to a HS point and you will have to either steal the van or break the back open and steal a case. Since the van is way slower then a car I would just shoot the back open with a shotgun and steal a case. After you get the case escape the cops and return to Lester to start the heist. 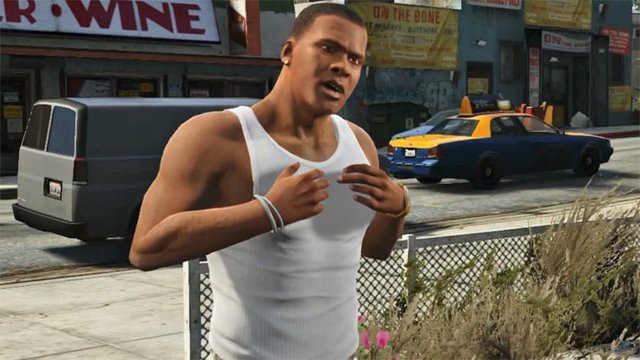 Lester and Micheal will go over the heist and then you and Franklin will head to the jewelery store. On the way you will discuss the crew and how much profit they are getting. The more you use a crew member the better they become and thankfully their cuts will stay the same. Even though Eddie already has high stats and takes a bigger cut I felt better with a good getaway guy.

Once you get to the store you will become Franklin and have to head to the roof with the gas. Go to the spot where you went with Micheal to check out the vent unit upstairs and equip the gas grenades. Tossing the grenades is actually kind of hard because there’s no indicator of where it will land, toss it about where the yellow marker meets up with the dark metal of the vents. If you run out of grenades it will just restart that part for you.

You will need to collect over 2.5 million in order to meet you mark. Run up to any cabinet you can and press the action button to take tons of cash. With Rickie on the tech part you will have about a minute to collect as much as you can. When he starts to countdown from ten that is your queue to get out of there. Once you get out Micheal will take care of the guy giving your crew trouble and you will be on your bikes.

Follow your main getaway driver and use Franklin’s special ability if you start to lose him. One of your crew members will crash on the way there because he is an amateur (unless you picked the other gunman). Once you get to the river it will switch back to Micheal.

Micheal is in a huge truck and you will need to ram the cops of the road with it. Just follow the bikes and take out any cops that get in your way. After you take out all the cops and meet up with Franklin the crew will get EXP and you will have completed your first bank heist.

I chose the best from each category for the aggressive version of the heist as I assumed it would be more difficult. If you decide to go in hot there’s an entirely different set of objectives to cover. Once you leave the warehouse you’ll be messaged regarding the location of an LSPD Tactical Van marked with a H on your map. You’ll need to head there for the first step. You will fail the mission if the truck reaches its destination so don’t get sidetracked. You’ll want to bring a heavy vehicle as you have to ram the 4v4 off the road. There are also 3 armed SWAT members inside the van so either bring some decent weapons or hijack it and bail.

Once you have the vehicle you’ll get an instant 3 star rating. It’s not all that hard to lose the cops so ditch the tail and return to the warehouse. Once you’ve returned meet up with the crew and get ready. Following that you’ll drive to the Jewellery store as Franklin before Michael takes control. Smash every jewellery box in the store, if you’re quick enough you’ll be able to escape with just under $5 million and with 30 seconds remaining.

As you escape with the cash simply follow your crew members on the bike through the tunnels. Be sure to use Franklin’s ability to navigate through the tunnels safely. After that you take control of the van as Michael, simply ram stuff off the road as you chase the bikes. Get to the end and you’re walking away loaded.