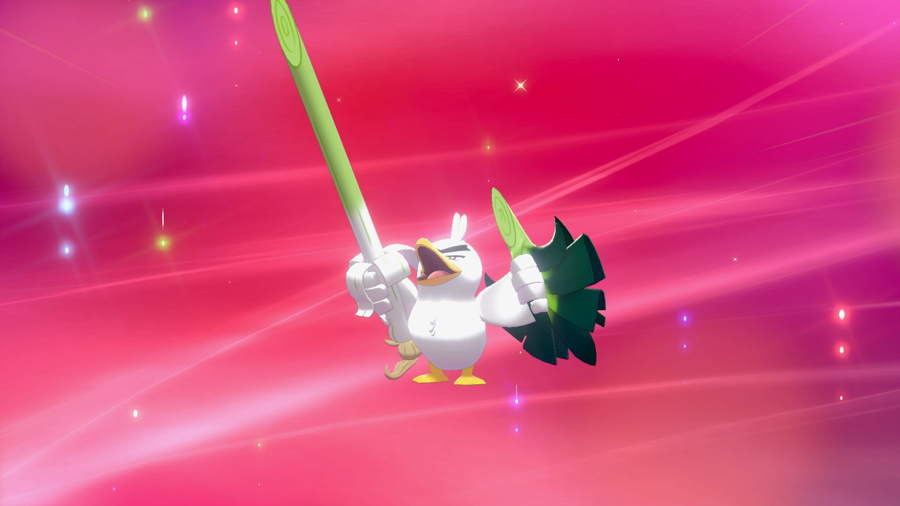 Evolving Farfetch’d in Pokemon Sword is a bit tricky because it is not a stone or level requirement. Check out this guide to find out how to evolve Farfetch’s in Pokemon Sword. This way you can see SirFetch’d for yourself.

Update: We have since learned that this is incorrect. It’s not fights that evolve Farfetch’d. You must get 3 critical hits in a single fight to evolve it. When you catch a wild Farfetch’d there is a chance it will be holding a Leek, this increases its critical hit ratio. Catch one with a leek then find something defensively strong, such as a Metapod. That works especially well in the level 60+ Wild Area post-game.

In order to evolve Farfetch’d, you must use him. A Farfetch’d evolves after many battles and victories. I didn’t have an exact count on mine, but I want to say around 25 or so? I had him in my part for roughly 80 but only used him in battle a tiny bit. When he didn’t evolve from just being in my part, I put him as mine main pokemon and farmed with him. 20 or so kills later he then evolved in SirFetch’d.

He was halfway between level 37-38 when it happened so it wasn’t because he leveled, it was because he had fought enough. Still, I do assume he has to be above level 20 to actually evolve. If anyone has a more exact number of battles that it takes, leave us a comment. Oh and it is worth noting that he fainted once during all of this, and evolved shortly after so it doesn’t reset.

Posted Nov 22, 2019 by johnny-hurricane
in Pokemon Sword And Shield Guides