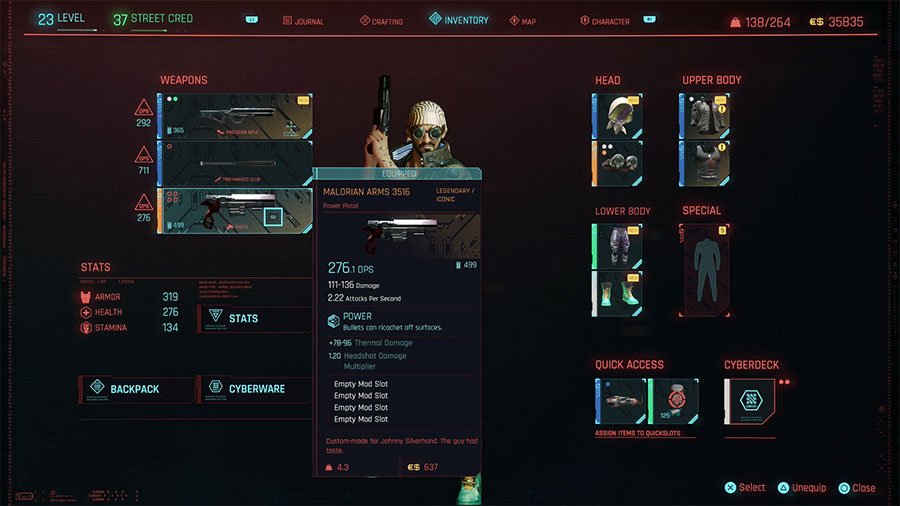 Silverhand has a fantastic gun and a Porsche 911. This guide on How To Get Johnny Silverhand’s Gun & Car In Cyberpunk 2077 will tell you everything you need to know to unlock Johnny’s legendary iconic pistol and one of the best looking cards in the game, the Porsche 911.

During flashback like scenes you will often get to control Johnny Silverhand. During these sequences you get to use his gun and melee attack. The melee attack, a small explosive-like fist hit, is devastating, but the gun, that’s another beast altogether. Thankfully, towards the latter stages of the game, you can unlock both Johnny’s gun and his car to use permanently with V whenever you wish. 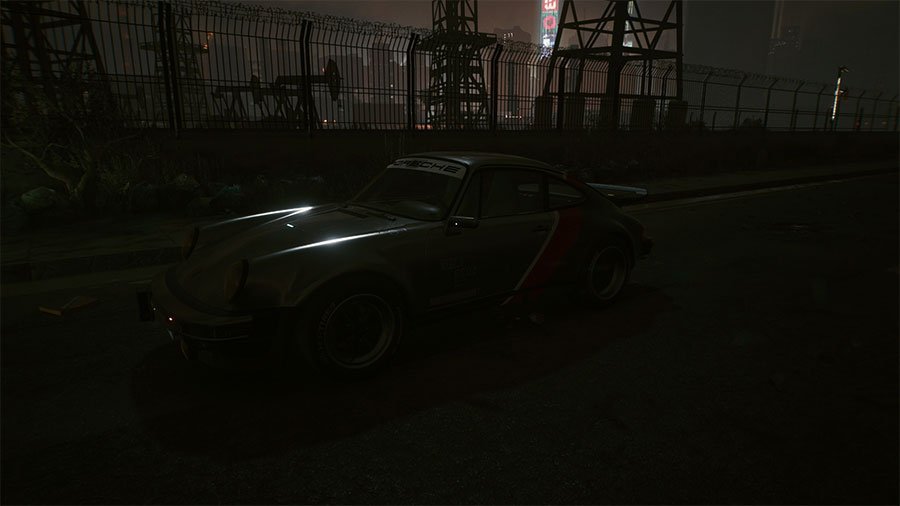 Johnny’s Malorian Arms 3516 pistol is both Legendary and Iconic, with 4 mod slots that you can use. This makes it one of the most powerful pistols in the game, and it looks pretty impressive too. Towards the latter stages of the main story, after you have met Rogue and helped her on the main quests, you will have lots of side quests pop up. You’ll get calls from various characters as you increase in level, unlock new regions, and improve your Street Cred.

Eventually, during the story, Johnny will ask you if he can take control for one night – so he can search down some details on the man that murdered him. You must agree to this. It’s part of the story, you can’t miss it. After that event takes place you will watch Johnny party for the night, and party hard. At the end of that mission you get Johnny’s Samurai Jacket.

Once that mission is completed, Rogue will call you again and ask you to help her track down details on Smashers whereabouts. Towards the end of that mission, during cut-scene dialog, you have the chance of shooting Grayson or keeping him alive, he’s the one with Johnny’s gun. Keep him alive, get the keycard, and then open the crate to grab Johnny’s Porsche 911. You need to locate and takedown 17 Cyberpsycho's for the Pyscho Killer side job. This Cyberpunk 2077 Where To Find Cyberpsycho Location Guide will tell you the location of each of the Cyberpsycho's so you can hunt them down and take them out. How To Find All Tarot Graffiti In Cyberpunk 2077

In the Fool On The Hill quest, Misty asks you to learn where to find Tarot Graffiti. This guide on How To Find All Tarot Graffiti In Cyberpunk 2077 will tell you a very simple but effective trick to let you track down the locations of all 20 Tarot Graffiti's quickly and easily. One choice you will run into during your Cyberpunk 2077 playthrough is what tattoo to pick. Check out this Cyberpunk 2077 Billy-Goat or The Other choice guide to figure out which one to pick. This way you don't stress over the options and have the facts. Dream On – Find The Transmission Source In Cyberpunk 2077

During the Dream On mission there are several confusing objectives. This Dream On - Find The Transmission Source In Cyberpunk 2077 guide will walk you through the final, more confusing moments of this side job, as you're investing a mysterious burglar and invaded the penthouse and fled without a trace.
ShareTweet
Tags
Game Guides PC Guides PlayStation 4 Guides PlayStation 5 Guides Xbox One Guides Xbox Series X Guides