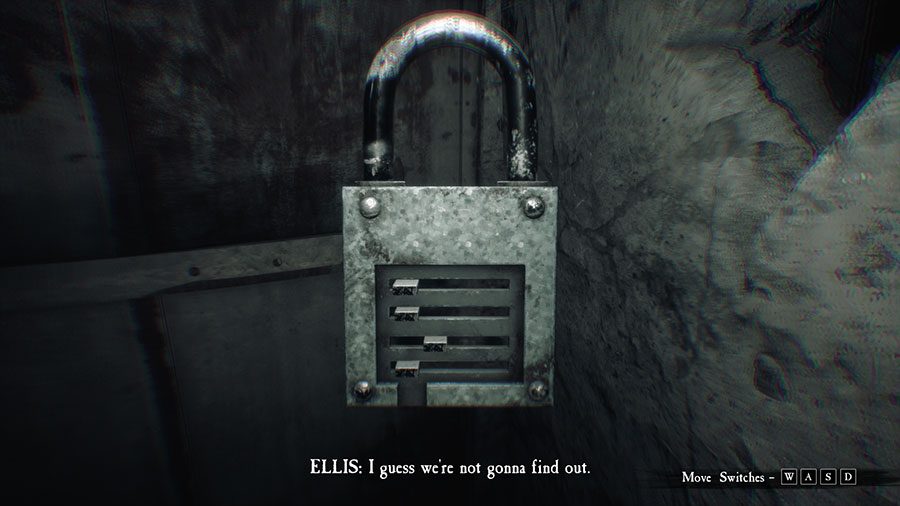 You find the Bunker very early in the game but it is locked by a special lock. There’s only a couple of these in the game. It may be possible to guess the combination but that’s a lot of guessing, instead, simply find the clue that gives you the combination.

If you want the full solution, read down below. Otherwise do the following:

Continue with the story. You’ll have to find the Sheriffs truck the first time around, the white tree, the log that blocks the passage. Eventually you’ll meet the Sheriff at the White Tree. A short while after this, you’ll find the truck again, except this time it’s not rusted away.

There’s a Fuse Puzzle here but don’t worry about that. Get into the car, try to turn it on. When you can’t, flip the lever to open the hood. Attach the wire to the battery.

Get into the vehicle and press the left button on the radio. This will start a game show segment on the radio with Presenter. Listen to the entire broadcast. At the end, you will get a text message showing the code. If you get the message with the film critic, talking about Blair Witch 2, press again until you get the right one.

There is a radio inside. You can’t do anything with it unless you complete the game. For more details, check out our how to use the radio in the bunker guide. 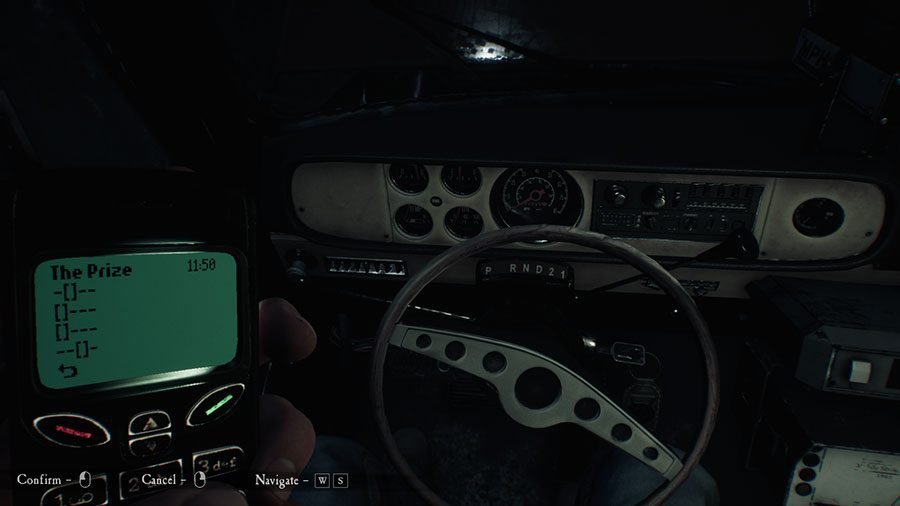 Go back to the bunker and put the code in. 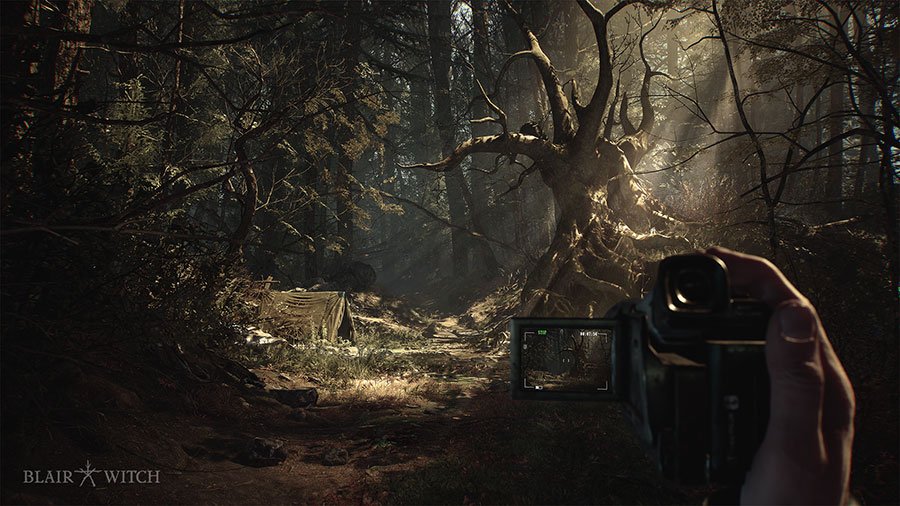 How To Use Radio In The Bunker In Blair Witch (Game)

So you've opened the bunker but how do you use the radio inside? This guide will tell you How To Use Radio In The Bunker Blair Witch (Game) so you can discover a vital but hidden piece of the Blair Witch puzzle.
Posted Aug 30, 2019 by captaincamper
in Blair Witch Guides 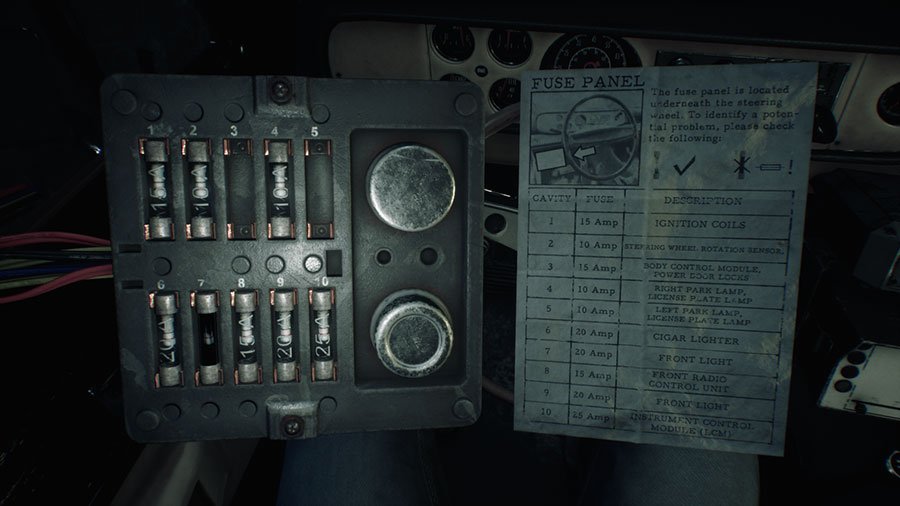 After you lose contact with the Sheriff, you find his vehicle. This Blair Witch (Game) Fuse Puzzle Guide tells you how to find the solution to the fuse puzzle so you can power up the battery on the truck and turn on the lights, as told by the voice on Channel 3 of the Radio. 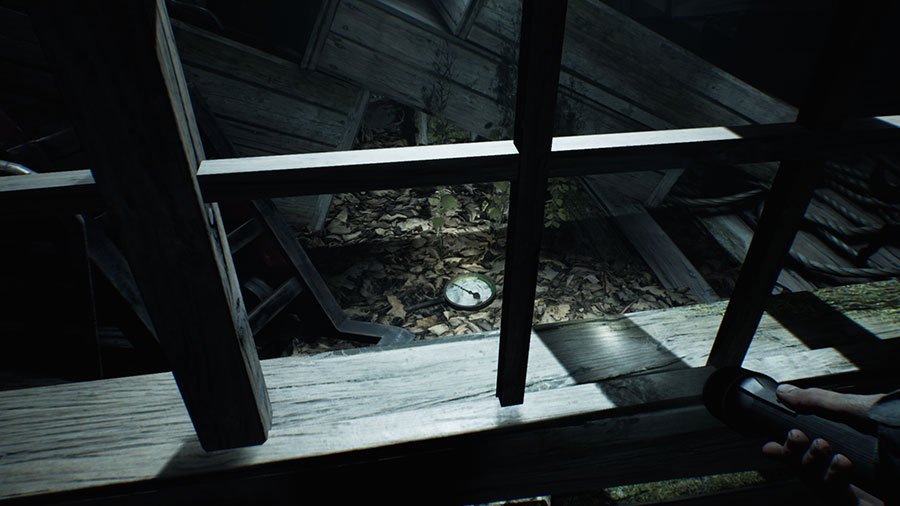 The Sawmill Puzzle can be a frustrating part of the game. This Blair Witch (Game) Sawmill Puzzle Guide tells you how to find the final part of the puzzle so you can figure out the solution and move on to new areas in the game.
ShareTweet
Tags
Game Guides PC Guides Xbox One Guides