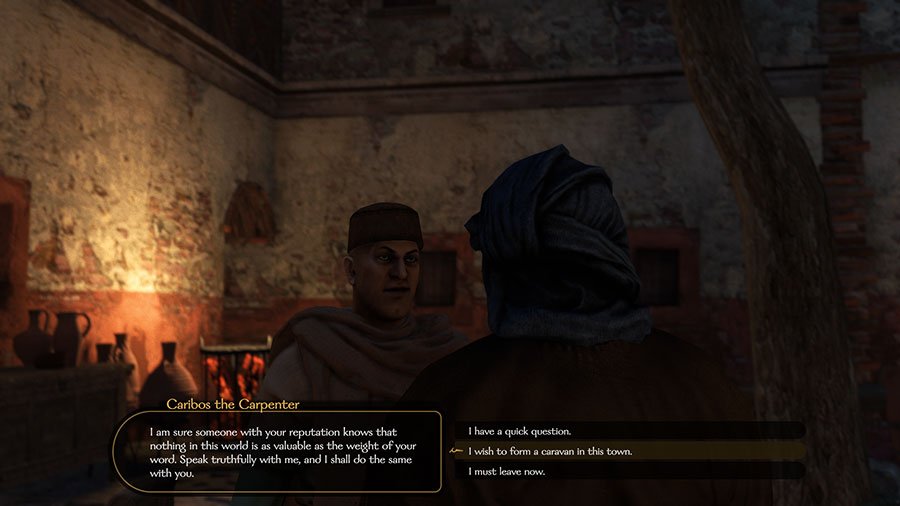 Caravans provide automatic trade routes for income. In this guide on How To Start A Caravan In Mount & Blade II Bannerlord we explain the process of starting your first caravan as it can be difficult tracking down the right artisan NPC’s if you don’t know where to look.

A lot of the mechanics surrounding the Caravan system in the game are still unknown. There does not appear to be any way to interact with the Caravan. You cannot control the stock it takes, the prices it sells at, or the locations it travels to. Currently it’s a simple process of buying the Caravan and just letting it do its thing. We’ll update this as we progress

How To Start A Caravan In Mount & Blade II Bannerlord

Select a location. It’s currently unclear how much this influences the Caravan. It’s best to choose somewhere deep into a territory as frontline towns may be captured or under siege – stopping trade. Any large town works, towns with Workshops and Taverns. Once you reach the town you can select someone to speak to or find them while you are taking a walk in the town.

You need to speak to an Artisan, someone with a craft. For example, here I spoke with Caribos the Carpenter. As long as they have “name” “profession”, they should be able to start you up a caravan. Simply speak with them and ask to form a caravan in the town. It costs you around 15,000 Denar. You also need a companion who will travel alongside and protect the caravan.

At the moment, it appears the caravan can cost -200 to -400 per day to function. After a few in-game weeks it does begin to drop in cost and turn a profit but it’s a very slow burn. I would suggest, before investing in a caravan, that you create an alternative save.