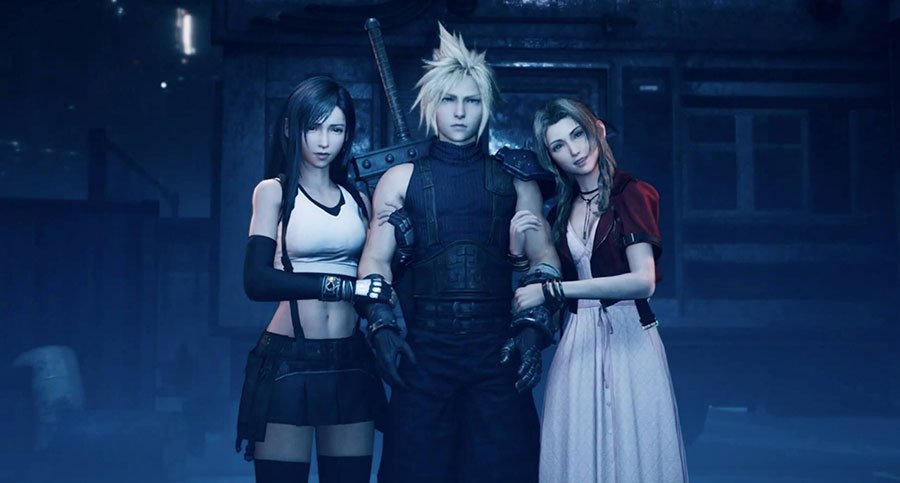 There’s tons of exciting and powerful new Materia in FF7R but what’s The Best Materia In Final Fantasy 7 Remake? We’ve highlight some of the best and most powerful Materia we’ve discovered on our journey through Final Fantasy 7 Remake. Obviously Summons are awesome. They are powerful, look great, and are incredibly nostalgic. We’ve decided against featuring Summoning Materia in this article as it would occupy half the slots and there’s some serious spoilers in there too. If you want to know more, check out our FF7 Remake Summoning Materia guide.

Due to the sporadic release, with many delays due to the current global situation, we’re going to avoid any spoilers on the locations of each Materia. If you want to know where to find each Materia discussed in this post, check out our Final Fantasy 7 Remake Materia Location Guide. Otherwise, read on to learn about why we love these Materia.

Assess Materia
Seemingly dull on the surface, the Assess Materia is vital in FF7R. It’s much like the Scan Materia from the original game. Once used, you can check out detailed information on your enemies. Everything from the different elemental strengths and weaknesses, to detailed strategies on taking down boss fights. Much of FF7R’s combat can be brutal if you are not prepared, Assess is the first step of that preparation every fight.

Auto-Cure Materia
While we all love Tifa, Aerith and Barret, the AI doesn’t always do them justice. Battles are chaotic, with multiple enemies attacking different allies. Spells get interrupted, attacks miss, it’s important that you focus on taking down enemies as much as keeping allies alive. Auto-Cure Materia really helps with the latter. Any character equipped with this Materia will automatically cast a Cure spell on an ally that gets to low HP (assuming you are not controlling the caster).

Magnify Materia
While FF7 Remake is missing the All Materia, the Magnify Materia is just as good. When linked to another Materia, it creates an area of effect spell. Fantastic for buffing or healing your entire party with a single cast of a spell.

First Strike Materia
Final Fantasy 7 Remake’s combat is all about the ATB Gauge. Do you save your ATB for an emergency heal or unleash your latest weapon ability for some huge damage? Managing your ATB Gauge blends the modern action combat of the remake with the strategical approach of the turn-based original. At maximum level, First Strike Materia lets you enter the battle with nearly 2x ATB Gauges. This lets you immediately throw out a large AoE spell to kill multiple enemies, throw out an Assess to learn your enemies weaknesses. It’s a vital Materia for much of the game.

Revival Materia
An oldie but still a goody. Revival Materia allows you to bring back allies from death. Phoenix Down’s can be expensive and depending on your combat prowess, some battles will see many of your allies fall.

Steadfast Block Materia
If you want to complete the post-game Hard Mode combat challenges, maximum level Steadfast is a requirement. When equipped, its user suffers greatly decreases damage while blocking and a much bigger boost to the ATB Gauge. It adds huge levels of survivability to each character and a great way to counter an enemies most powerful attacks with an assault of your own.

Provoke Materia
With strong defense and huge HP, this Materia was almost hand-made for Barret. When an ally reaches low HP, Provoke Materia automatically forces enemies to target its user, giving you valuable time to heal and recover.

AP Up Materia
Some of the end-game challenges for FF7 Remake are pretty insane, such as mastering 12 different types of Materia for a Battle Intel Report. AP Up’s function is simple but sweet. It increases the amount of AP awarded to linked Materia. This lets you level Materia up much quicker.

Final Fantasy 7 Remake’s combat is robust and versatile. There’s many ways to dive into each encounter and many Materia combinations that work great. What has been your favorite Materia and combinations?