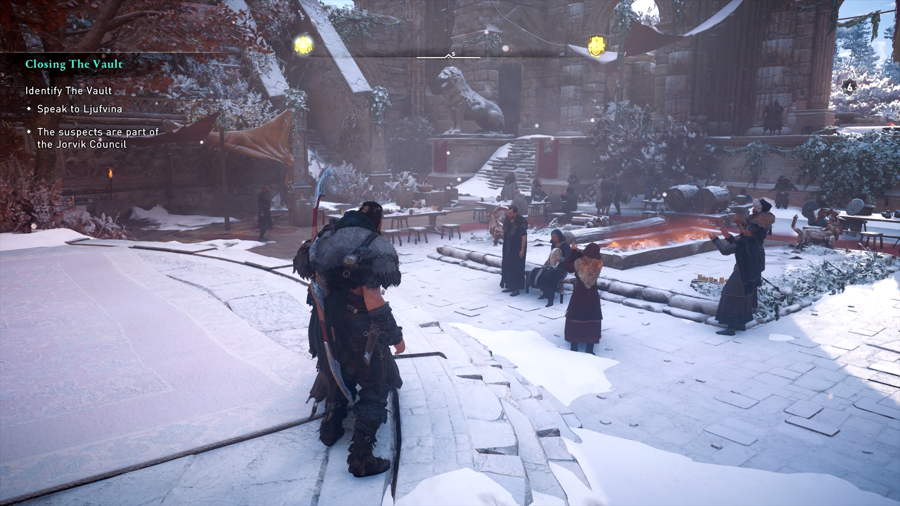 Another choice you will come across in AC Valhalla is picking who The Vault actually is. Check out this guide to find out who is The Vault in Assassin’s Creed Valhalla. This way you don’t accidently kill the wrong person while The Vault does his own thing.

Who Is The Vault In Assassin’s Creed Valhalla

When you get to the festivities, you will have to talk to each Council member first. Speak with Faravid, Ricsige, Audum and also speak with Hjorr while you are there. While talking to them you will get a few clues about who the actual bad guy is. As you talk, one of them slips up and you can then figure out who knew about the wine. The answer is Audun, but you have to speak with everyone for help convince yourself.

Audun wanted the feast to begin with and Audun already knew the win hadn’t arrived yet. He also insisted that the wine be for the guests and didn’t want to drink himself. He knows that it is poison and he will not drink it himself. After a cut scene, it will be confirmed that he is The Vault and you have to take him out. Clear out his guards, chase him down, assassinate him, and save the day…. again. He ran from my so don’t hesitate to put an arrow in his back if you have to.