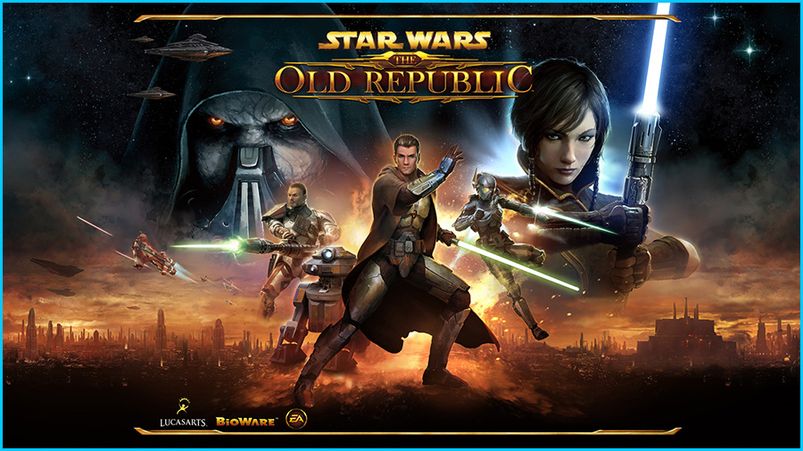 Star Wars: The Old Republic, SWTOR for short, is a massively multiplayer online role-playing game developed by Bioware. The same developer’s of hit games like Mass effect and Dragon age, as well as being the Development company that produced Star Wars: Knights of the Old Republic and Knights of the old Republic 2 on Xbox. The video game was released for PC on December 20, 2011 in North America and part of Europe.

Financial analysts have estimated it to be between $150 million and $200 million or more, making it.The game had 1 million subscribers within three days of its launch making it the fastest growing MMORPG ever made.

Based in a fictitious universe created by George Lucas, where the Sith Empire has re emerged and is at war with the Galactic Republic. You have the choice to be a member of Either side. Each with four unique classes and each with 2 of their own subclasses attained at reaching level 10. As well as a wide variety of Species to choose from including Human , Zabrak , Cyborg , Twilek , Chiss , Sith and others. Each class has its own Story line to follow , Each class has their own starship, which serves as the player’s base of operations and a full set of abilities to learn as you develop your Character.Much like LOTRO ( Lord of the Rings Online ) or WoW ( World of Warcraft ) , The Players can Train their Characters and learn new abilities at the specific Job Trainers.

SWTOR has a massive roleplaying community and PVP ( Player v.s Player ) community and Bioware provides separate servers for those that wish to do one or the other and in most cases neither. Like with most MMORPG’s , Star Wars The old Republic is free to play, However Subscribers receive benefits that Free to play users do not. Also available is an online shop refereed to as “the Cartel”. Here players can buy and unlock extras including new species, clothing and consumable items. Definitely highlight in PVP is the introduction to “Warzones” or as most of us would call it “King of the Hill” Style playmaps.

Complete with thousands of different Items, Weapons and armor combinations, SWTOR give the player an environment to live out their dream of becoming a Jedi Knight or Sith lord with so many different customization options that it allows the player to feel unique. The “Companion” system allows you to also gear up your NPC ( Non Playable Character ) Friends in any gear you can equip and more Unique “Companion only” Items. Each Companion also has an ” Affection ” gauge that fills up or empty’s itself depending on the actions and choices your character makes in your story arch and other random missions.

Unlike other MMORPG’s, SWTOR introduces ” Space Combat” where players can use their customized star fighters in PVP and PVE styled encounters.Once you get your ship, you will be able to undertake space missions. They are available from your ship’s galaxy map. There are also daily space missions available from the communications terminal on your ship’s bridge, which reward Fleet Commendations.Your ship can be equipped with new items just as you are able to equip your companion. Each space mission has a primary objective the Player has to complete in order to win the battle.Each space mission also has a set of three bonus quests, which will not show up on the objectives tracker until you make progress on one of them.Each bonus quest will reward the player with experience points ( used to reach to the next level) and Credits ( the basic currency of the Star wars Universe).

Check out the latest information for Star Wars: The Old Republic on Gamers Heroes. We’ve compiled a list of guides, news articles, reviews and an impressive collection of screenshots and videos. Certain sections may be lacking in content for older games but rest assured, we’ll be pumping out content for upcoming titles like there’s no tomorrow. 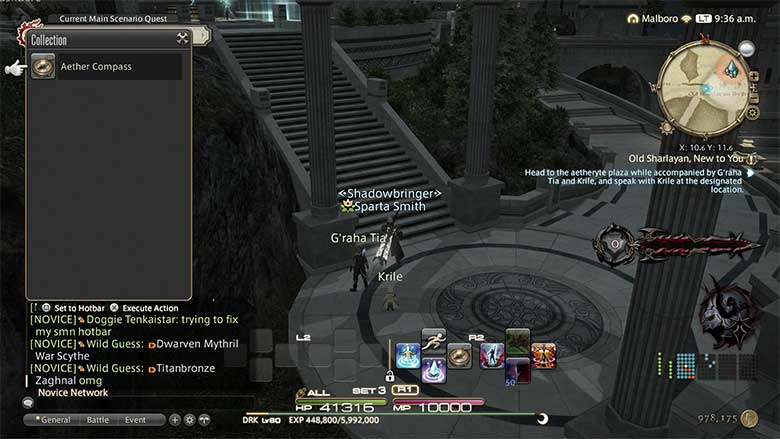 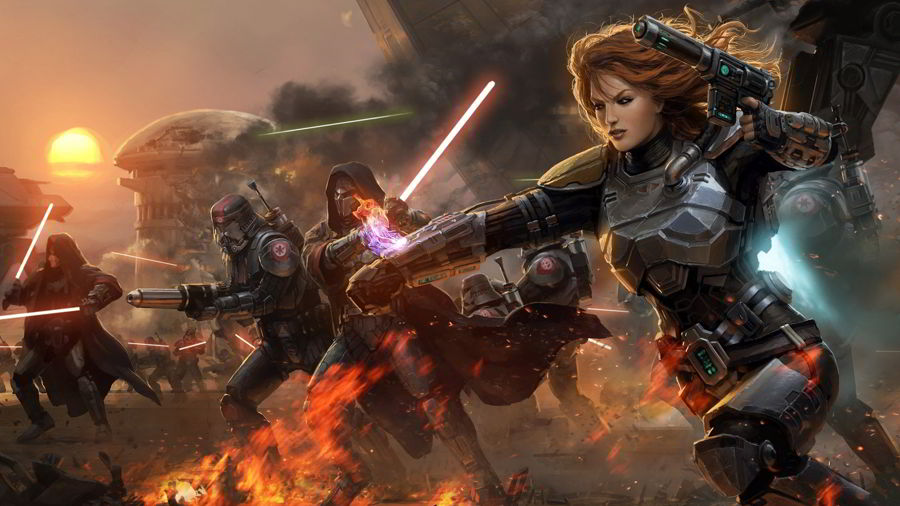 This Star Wars: The Old Republic Companion Guide Jedi Knight, Sentinel & Guardian Guide will list all the available Companions for a Jedi Knight, where you can obtain them, what role they fulfill and the best Companion Gifts to get their affection.

There are tons of ways to level up in Star Wars The Old republic and everyone wants to know the fastest way. This leveling guide will help you pick the way that best suits your tastes and take you to the top!

The next planet in Star Wars The Old Republic is called Taris. You may remember this planet from Kotor and the area gives you some Kotor lore.
Find More Game Guides