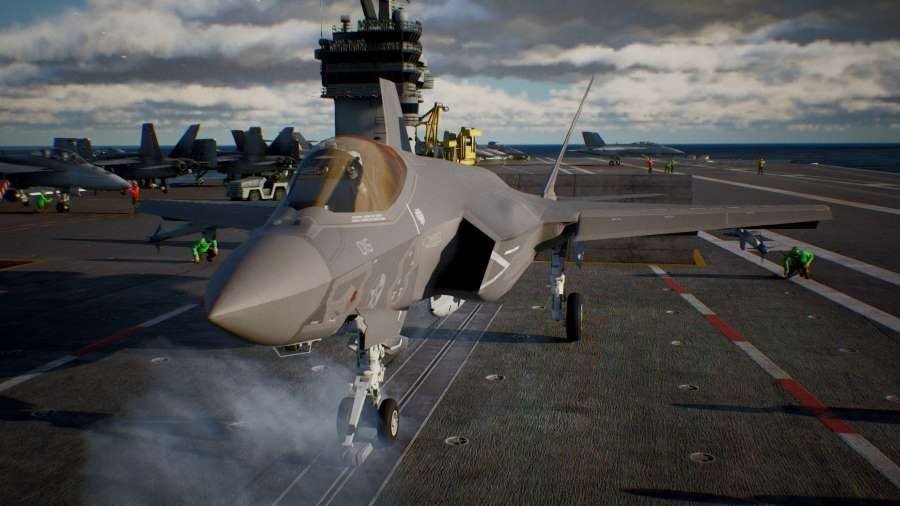 Bandai Namco’s Ace Combat 7: Skies Unknown is coming back in a big way. Gamers Heroes got a chance to try out this high-flying dogfighting title at E3 – in VR, no less.

Fans of the series will be pleased to know that the deep lore of the series is expanded upon here, and the world of Strangereal makes a return. Striking a balance between real-world weapons with those that could be coming out in the not-too-distant future, it creates an interesting dynamic.

There are different aircraft to choose from, which differ in stats like mobility and speed. Both a machine gun, and target-guided rockets are available in your arsenal, and missions have a score attached.

Those who have a PlayStation VR headset will be able to take on exclusive missions for the game. You actually feel like you’re a pilot, and the fast-paced action has you dodging missiles and soaring through the clouds at breakneck speeds. It may only comprise a handful of missions, but it is still a welcome addition nonetheless.

You can view the trailer released for E3 2017 below:

Ace Combat 7: Skies Unknown will come out for the PlayStation 4, Xbox One, and PC in 2018. Stay tuned for further updates.