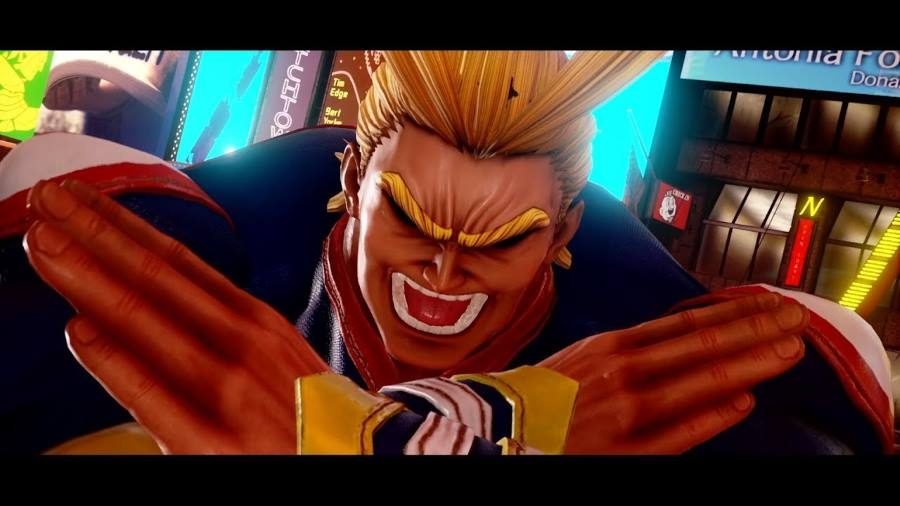 All Might will soon be here to utilize his One for All Quirk in Bandai Namco’s anime-based fighter Jump Force.

Coming to the game in May as DLC, players will be able to do a Detroit Smash when All Might comes to the game via the Character Pass. Fans can see him in action below:

Jump Force is a celebration of the magazine Shonen Jump’s 50th anniversary. The game is now available for the PlayStation 4, Xbox One, and PC.