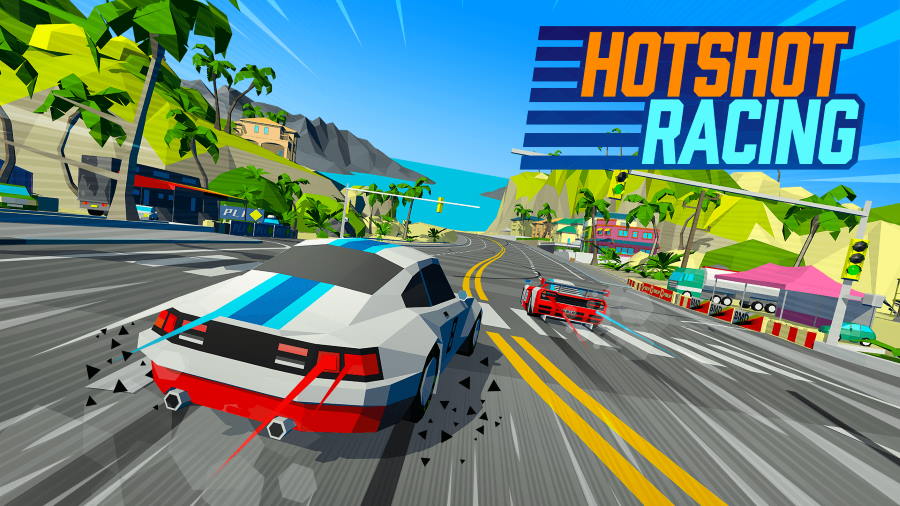 This title will pay host to colorful low-polygonal visuals, boost-fuelled gameplay with an emphasis on drifting, and a constant 60 frames per second in its single player modes across all platforms. Players will be able to choose from eight different drivers, 16 tracks, and game modes like Grand Prix, Time Trial, Cops and Robbers, and Drive or Explode.

[testimonials user=” email=” name=” position=” photo=”]”When we first played Hotshot Racing we were immediately transported to the halcyon days of our youth when we used to pop quarters into classic arcade racers like Virtua Racing, Crusin’ USA, SEGA Rally and others that used to punctuate seafronts across the UK. It’s fantastic to see this type of gameplay make a triumphant return and we can’t wait to see what people make of it!”[/testimonials]