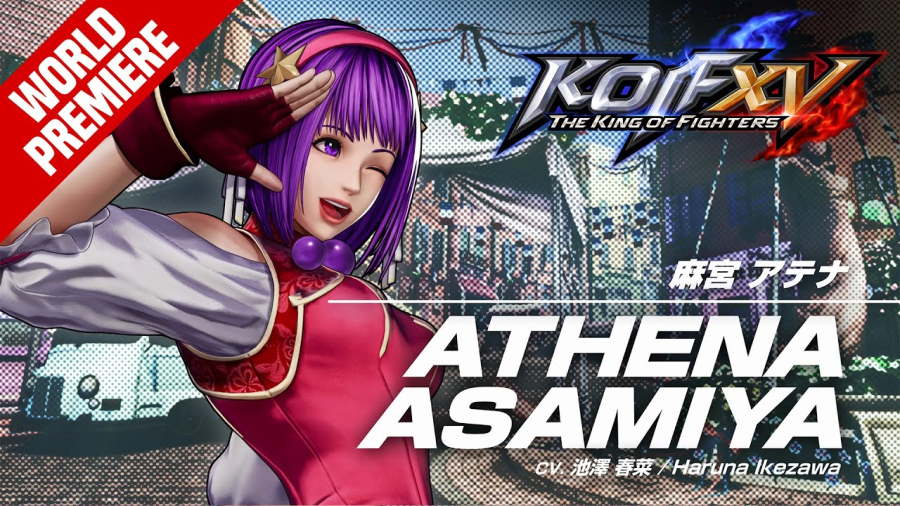 The newest member of “Team Super Heroine,” Athena Asamiya will make her way to SNK’s The King of Fighters XV.

This high-school pop idol has a track record of fighting evil to bring about world peace, originally making her debut in 1986’s Psycho Soldier. She fights with psychic powers and Chinese Kung Fu loosely based on Liuhebafa, wielding such moves as her Psycho Ball, Psycho Reflector, and Phoenix Arrow. Keeping in line with tradition, she is sporting new threads in this entry.

Her fellow teammates include the kunoichi Mai Shiranui and the Kyokugenryu Dojo student Yuri Sakazaki in this three-on-three battler.

See her in action with the trailer below:

The second chapter of the fourth canonical saga for the series, The King of Fighters XV will come out for the PlayStation 4, PlayStation 5, Xbox One, Xbox Series X|S, and PC (via Steam, Windows 10, and the Epic Games Store) in Q1 2022.