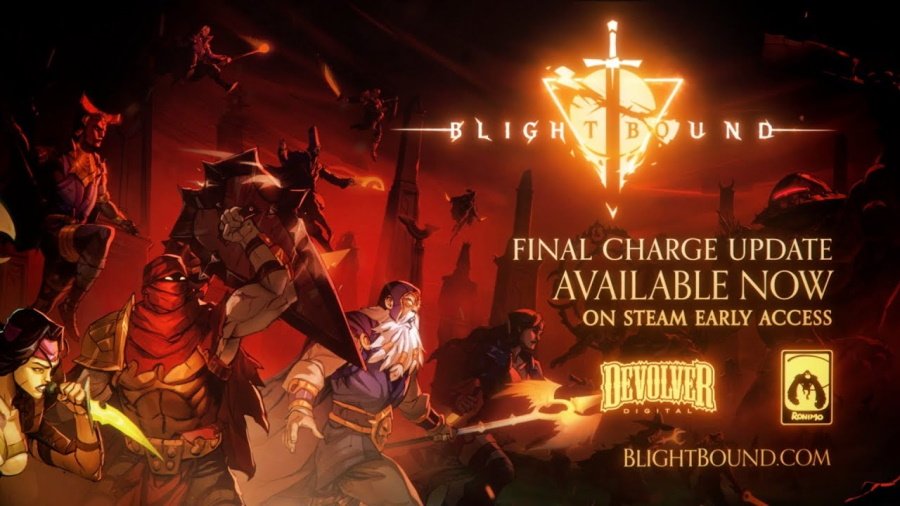 The Final Charge Update for Ronimo Games and Devolver Digital’s Blightbound brings with it a number of new heroes, weapons and items.

New to this update is the legendary leader of The Fifth: Commander Clegg. His group is a mercenary band that has been contracted into the great army that vanquished the Titan Kriusz. Packing more experience under his belt, Clegg has the ability to summon mighty Phalanxes to the battlefield in his struggle against the Blight.

An array of Blighted Items are just waiting to be uncovered. One of these items is The Vortex Blade, which is capable of drawing in foes to deliver increased damage. In addition, a series of unique and dangerous challenges known as Blightrifts have been included.

Blightbound is a multiplayer dungeon crawler that features handcrafted dungeons and a wealth of valuable loot. Players will take on the role of warrior, assassin, or mage as they overcome bosses and solve puzzles.