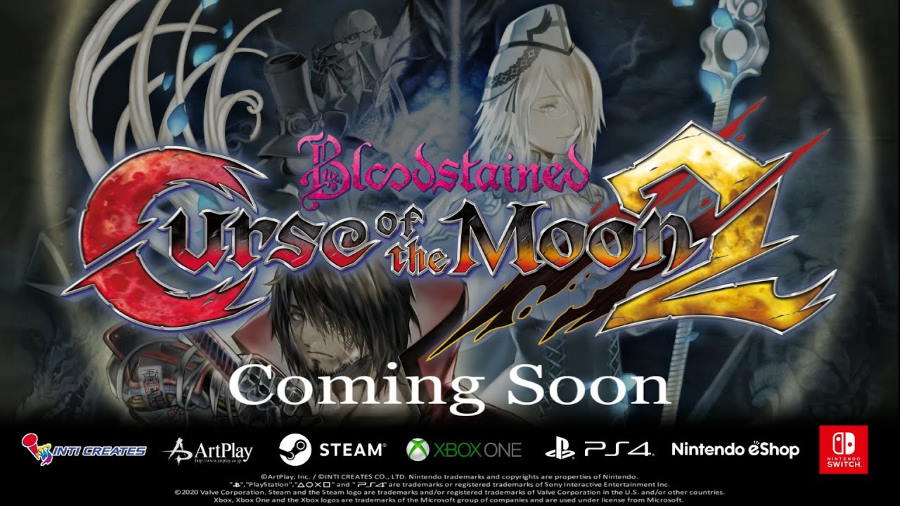 Producer and Scenario Designer Koji “IGA” Igarashi released a new video regarding this title. He mentions that he hopes fans have enjoyed the series so far, and that his team was happy to see how much fans enjoyed the original Curse of the Moon. Based on this overwhelming feedback, the team determined that a sequel will quickly follow suit.

You can view the statement and the debut trailer for the game below:

Bloodstained: Curse of the Moon 2 will once again bring classic 2D action and a dark, 8-bit aesthetic and combine it with modern sensibilities. Players will fill the shoes of the swordsman Zangetsu, who bears a deep grudge against demonkind and the alchemists that have summoned these monstrosities. To help him along the way, a brand new cast of characters can be added to the playable roster. Note that a number of gameplay options, abilities, and ways to complete each stage have been included.

The game will come out for the PlayStation 4, Xbox One, Nintendo Switch, and PC via Steam “soon.”