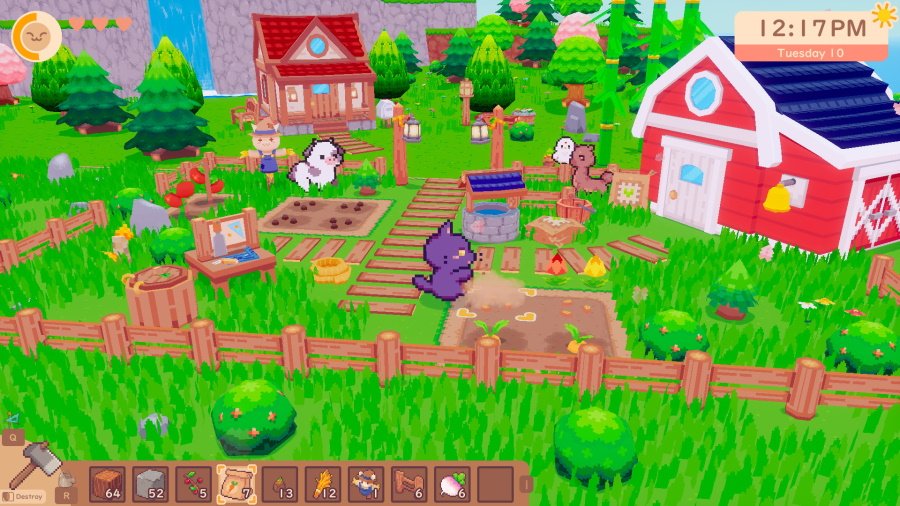 Drawing inspiration from Rune Factory, Story of Seasons, and The Legend of Zelda series, this title lets players discover an abandoned island that is under an ancient curse. Working to bring life back to the land, players will take control of former big city kitty Momo as they farm, fish, and build. Along the way, players will seek out each of the island’s shrines that pay tribute to an ancient goddess to rebuild things.

According to artist and community manager Erisa Liu:

The game will come out for the Nintendo Switch and the PC. You can wishlist the title on Steam here.