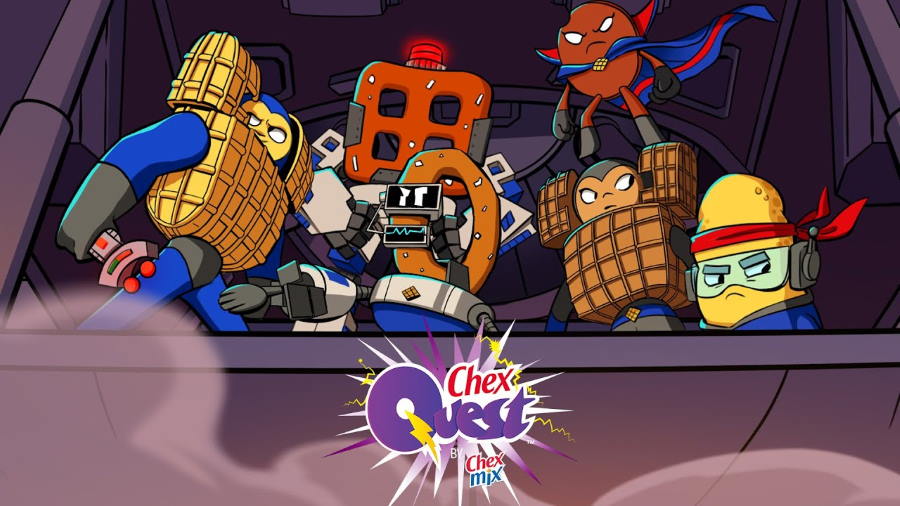 In this title, the Intergalactic Federation of Snacks’ outpost on Bazoik has been taken over by evil cereal-eating creatures known as Flemoids. Held captive against their will, it is up to you and the Chex Mix Squadron to free them from captivity.

Taking control of one of the six different members of the Chex Mix Squadron, players will be able to use zorching devices that can send these invaders back to their home dimension. Players don’t have to take this one alone though; in addition to its single-player mode, players can also experience Chex Quest HD with its split-screen multiplayer mode.

Learn more with the official game trailer below: