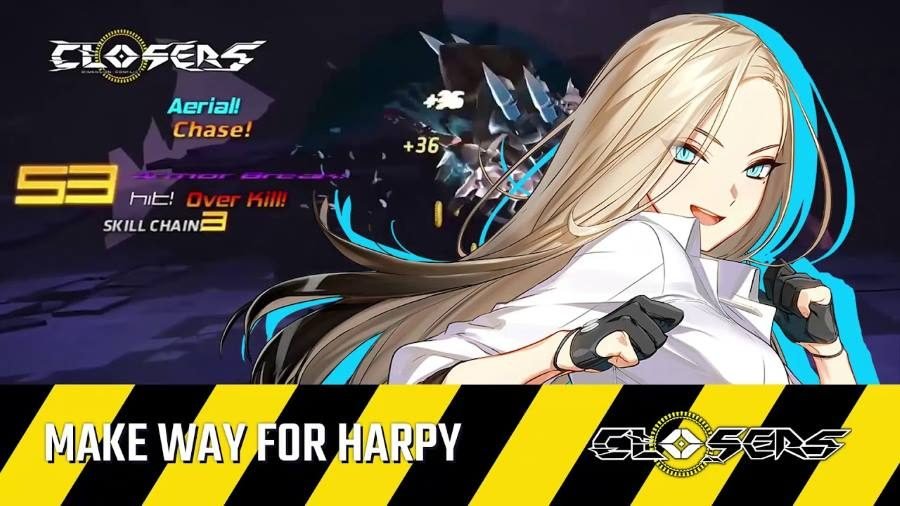 Formerly known as the Phantom Thief, the Harpy character uses fast kick attacks and energy-powered cards from a distance. She is the new “shadow” of the Wolf Dogs, and can use her phase power ability to summon a column of energy.

Closers: HARPY IS COMING MAY 23!

The “Harpy Kickstart Event” will begin today and end on May 29 at 11:59pm PT. All participants who can level the new Harpy character to level 20 before the end of the event will receive one day of Elite status, five pirate costume washing machine, 500 EMP, the Midnight Wings accessory, and a permanent shark accessory.