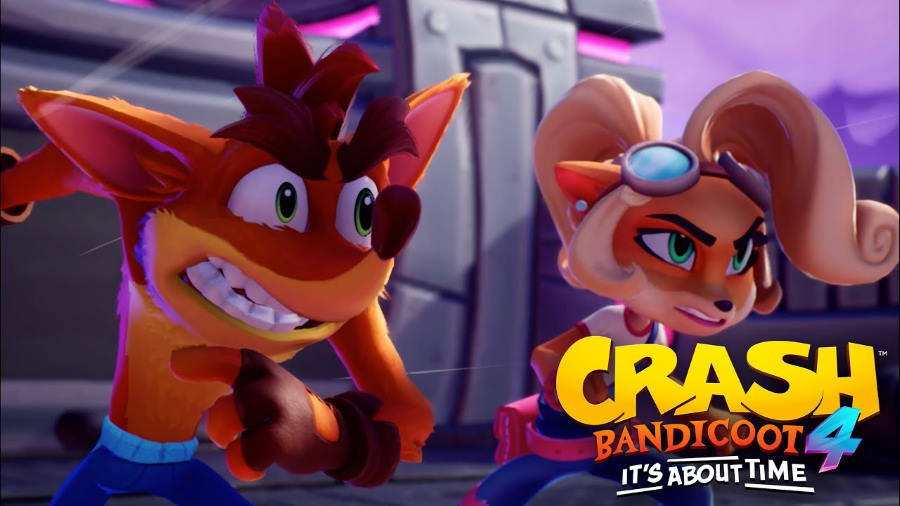 Scope out some new gameplay footage of Toys for Bob and Activision’s Crash Bandicoot 4: It’s About Time with the latest video for the game.

Players will be able to “wump” into a new adventure with Crash Bandicoot 4. The latest footage of the game, which can be seen below, shows Crash on his hunt for crystals, gems, and even masks. Crash also shows off a number of new abilities, including an anti-gravity suit, ice, and purple fire. Dingodile, Coco, Dr. Neo Cortex, and Coco also make an appearance.

A sequel to the Crash Bandicoot N. Sane Trilogy (you can read our review of that here), Crash Bandicoot 4: It’s About Time has players navigating levels filled to the brim with enemies, crates, wumpa fruit and hazards. Moves for both Crash and Coco include spinning, sliding, and even wall running. These movesets also expand with the use of masks, which help players traverse a number of different obstacles.

Those feeling nostalgic for the past can dive into its Retro Mode and its use of limited lives, while those looking to take it easy can enjoy its Modern Mode with its unlimited lives and a death counter.