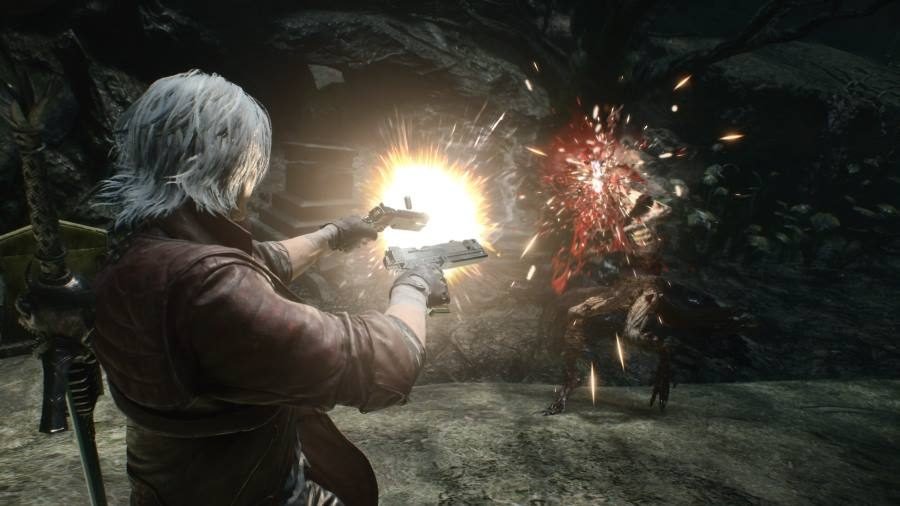 Capcom has released a new trailer for Devil May Cry 5 at the Tokyo Game Show that focuses on the legendary demon hunter Dante.

Working with demon hunter Nero (who uses the Devil Breaker arm, Red Queen sword, and Blue Rose revolver) and the weapons artist Nico in Red Grave City, Dante fights back against these evil demon hordes with his Rebellion sword, his two guns Ebony and Ivory, and even his motorbike that can transform into two blade weapons. Also highlighted in the trailer, which can be seen below, is a first look at his Devil Trigger, the returning characters Trish and Lady, and the demon tree Qlipoth that sits in the city center.

In Devil May Cry 5, players can take control of Nero, Dante, or the newcomer V that speaks in poetic verse. The game will come out for the PlayStation 4, Xbox One, and PC on March 8. A Deluxe Edition for the game will be available, which will include different Devil Breaker arms (including a Mega Man-themed Mega Buster) and the ability to swap out the current cutscenes with pre-viz live action versions instead.