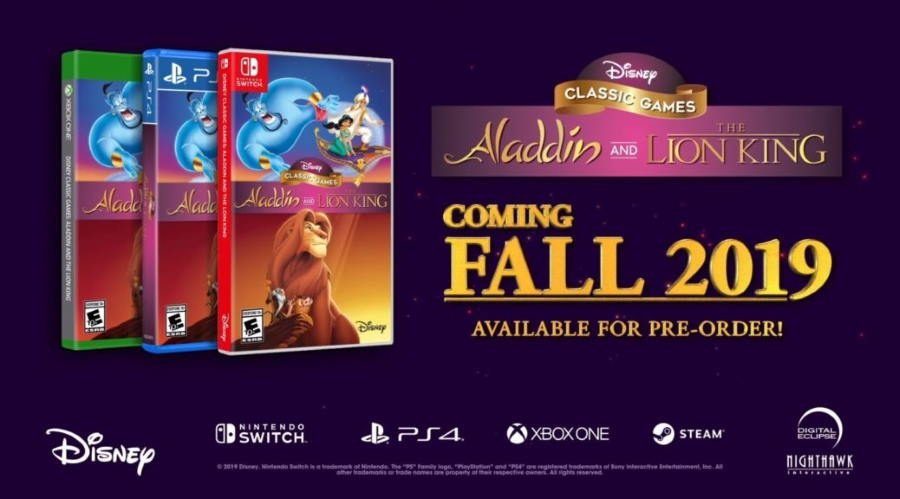 Digital Eclipse and Nighthawk Interactive announced today that Disney Classic Games: Aladdin and The Lion King will come out for the PlayStation 4, Xbox One, Nintendo Switch, and PC on October 29.

Both titles will feature upscaled graphics to support high definition displays and additional upgrades to enhance playability have been included. These updates include instant save states, a “Rewind” button to jump back up to 15 seconds, invulnerability, infinite lives, and a level select.

Also included are the Sega Genesis, Game Boy and Super Game Boy releases for each title, along with The Lion King Super Nintendo Entertainment System version.