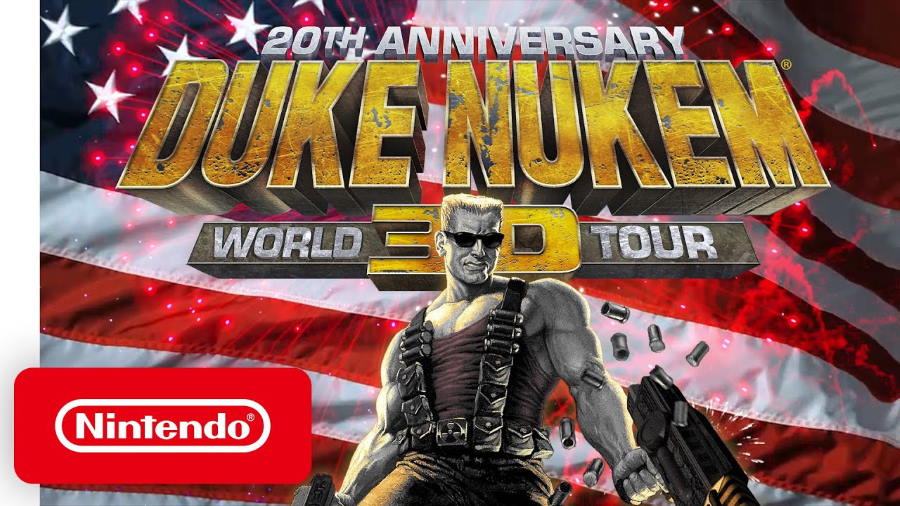 Players will be able to hail to the king when Gearbox Software and Sonka’s classic FPS Duke Nukem 3D: World Tour hits the Nintendo Switch on June 23.

Originally released in the 90s and celebrating its 20th anniversary, Duke Nukem 3D: World Tour follows the exploits of the titular Duke Nukem as he fights off an alien invasion on Earth some time in the 21st century. Levels have all been designed in a non-linear fashion, and are all highly destructible and interactive, with most props easily destroyed by the King himself.

There is no shortage of weapons to take down the alien menace either. Duke’s vast arsenal consists of the “Mighty Foot,” a shotgun, a pistol, pipe bombs, laser land mines, a triple-barrelled chain gun, an RPG launcher, freeze and shrink rays, and even the rapid fire “Devastator” rocket launcher.