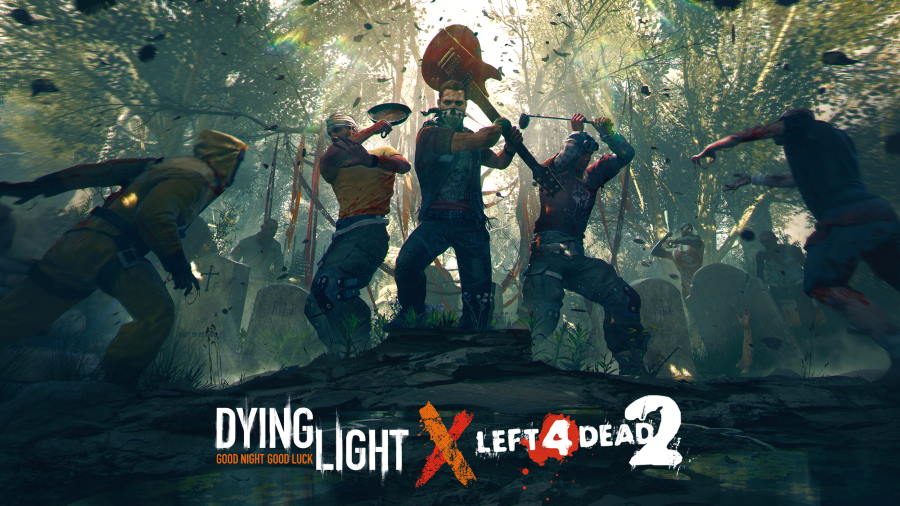 Get a double dose of the undead when the world of Valve’s Left 4 Dead 2 enters Techland’s Dying Light in an upcoming crossover event.

Beginning October 24, players will come across an increased number of Virals, with waves upon waves of attacking hordes coming through in an intensifying fight for survival. Players will be able to put up a fight though – an increased amount of guns and ammo will be at your disposal.

Those who come out on top in these challenges will net themselves three event-exclusive Gold blueprints. These will allow players to craft Left 4 Dead 2’s iconic Electric Guitar, Frying Pan, and Golf Club weapons, which can all be used in Dying Light.

Learn more with the trailer below (uploaded by Cultured Vultures):

The event will go on for four days.