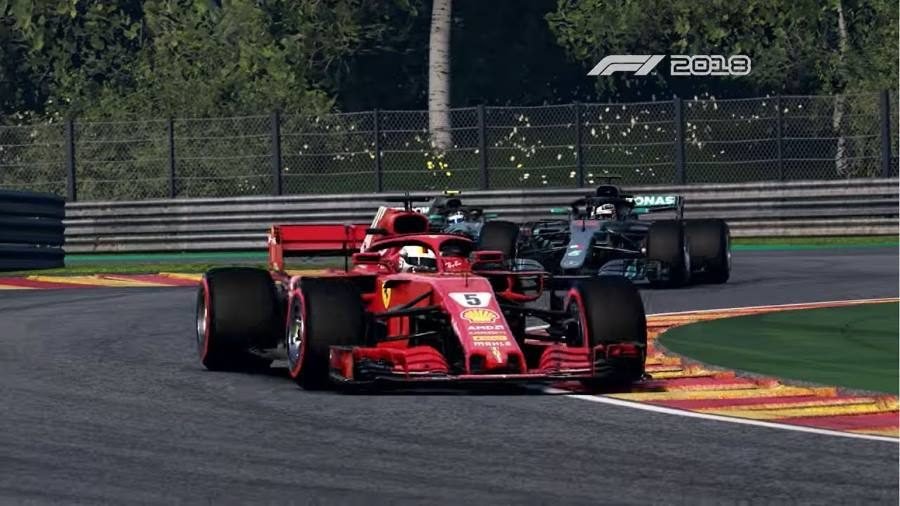 Available for the PlayStation 4, Xbox One, and PC, F1 2018 allows players to “Make Headlines” with all of the official teams, cars, the drivers and circuits from the thrilling 2018 season. You can view a trailer below:

[testimonials user=” email=” name=” position=” photo=”]“Our main aim with F1 2018 was to get even closer to replicating the real-world sport and we believe that we have made significant improvements both on and off the track. The in-game suspension and chassis now refresh at 1000htz, meaning that the simulation is far more authentic. For example, you can really feel the difference between the modern-day cars, with their advanced aerodynamics and downforce, when compared to the classics which rely more so on pure tire grip, making them an incredibly involving drive. The visual recreation of the sport, including the iconic heat haze, atmospherics and new lighting system, is closer than ever and we have added even more depth to the Career by reworking the Research & Development system for each of the teams as well as introducing the press interviews which will play a key role in how you are seen within the world of F1. Certain teams look for different characteristics in a driver and it is up to you whether you choose to exhibit sportsmanship or showmanship when put under pressure. We cannot wait for players to get their hands on the game.”[/testimonials]
Source: Press Release