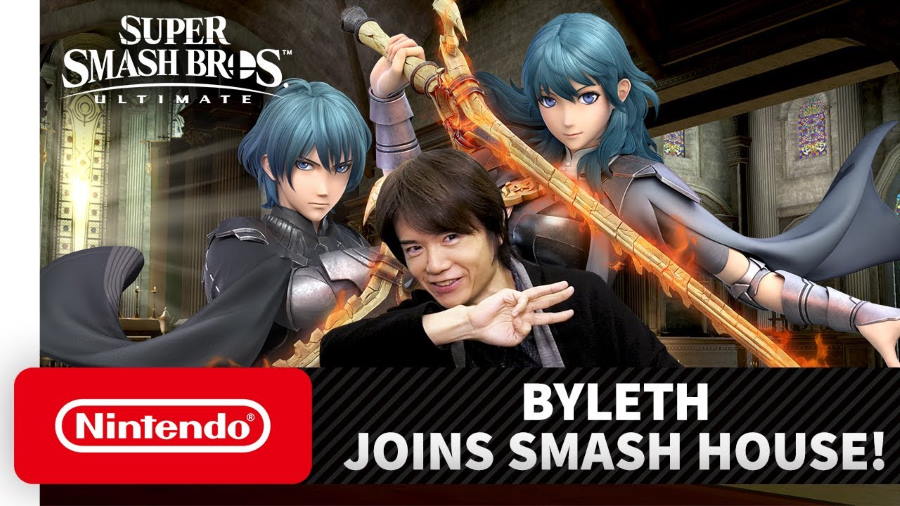 Renowned mercenary and professor Byleth from the Fire Emblem series will make their way to Nintendo’s Super Smash Bros. Ultimate on January 28, 2020.

As the 80th character in the fighter, Byleth brings with them a unique ranged play style, along with the Garreg Mach Monastery stage and 11 new music tracks for players to enjoy. Note that this content will be available to those who have purchased the Super Smash Bros. Ultimate Fighters Pass, or have purchased Challenger Pack 5 separately.

You can view the entire Smash Bros. Direct, featuring Director Masahiro Sakurai, below:

[testimonials user=” email=” name=” position=” photo=”]“As Super Smash Bros. Ultimate continues to inspire friendly competition and heated matches on Nintendo Switch, the addition of Byleth from the beloved Fire Emblem series, along with the announcement of six more upcoming fighters, represents our commitment to supporting the game with new content that further enriches the overall experience. Super Smash Bros. Ultimate will continue to welcome both newcomers and veteran players alike to enjoy the thrill of battle while exploring its unparalleled lineup of gaming icons.”[/testimonials]
Source: Press Release