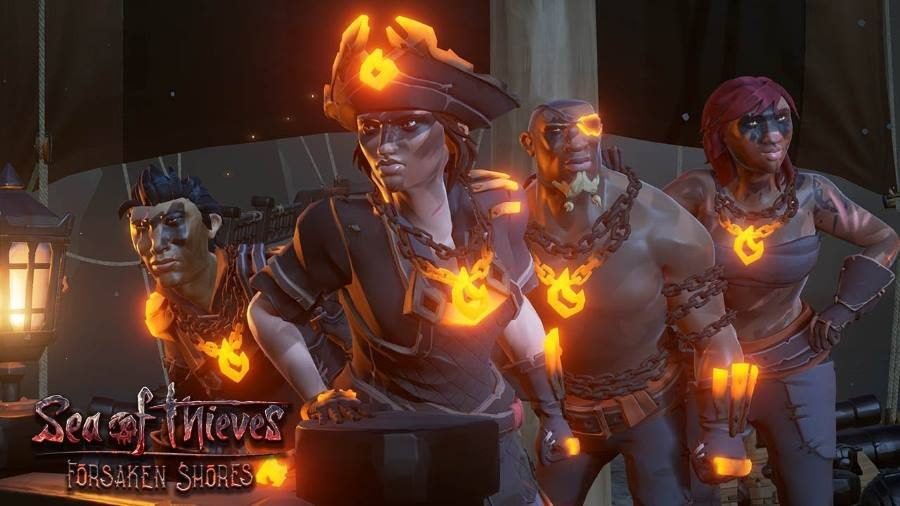 Rare has released a new teaser trailer for Sea of Thieves that takes a closer look at the Forsaken Shores.

The third major content update for the game since its launch in March, Forsaken Shores will be available to players on September 19. It will be free of charge to all who own the game or those playing via Game Pass.

Forsaken Shores will open up a new, previously unreachable region of the Sea of Thieves that is known as The Devil’s Roar. This area brings new challenges, threats, and adventures. Superheated water, burning rocks that rain down from volcanoes, and exploding geysers are just some of the new environmental elements included.