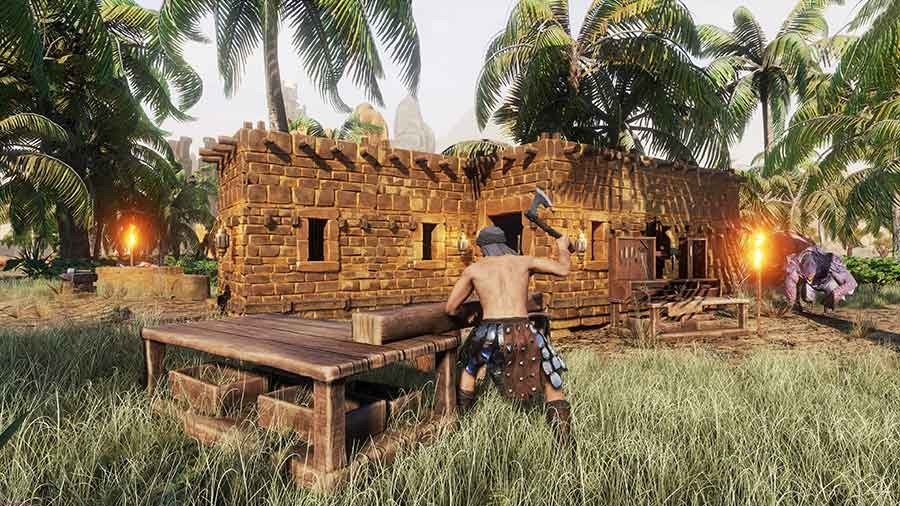 Funcom today announced a special stream event for the upcoming release of Conan Exiles as the developers hit the Twitch stream game on December 16th to introduce fans to the Thrall system. Dark Horse Comics also announced that they are now an official partner of Funcom with both companies working together to bring a new Conan Exiles digital comic book to live that will be made available sometime in January. The comic will offer Conan fans a unique glimpse into the events surrounding the Exiled Lands.

[testimonials user=” email=” name=’Funcom CEO Rui Casais’ position=” photo=”]“We are incredibly excited to work with Dark Horse Comics again. Conan the Barbarian and the comic book format goes hand-in-hand, and Dark Horse has brought the Conan stories to life for years. The Conan Exiles comic will give a unique context to what players themselves will be doing and the world they will explore in the game.” [/testimonials]

The official Funcom Twitch channel will tomorrow play host to Creative Director Joel Bylos and Community Manager Jens Erik Vaaler showcasing the thrall system for the first time. Players will have the ability to capture enemy bandits before dragging them back to camp and crushing what remains of their will and dignity on the Wheel of Pain. Once broken these bandits can then be placed as guards, archers, or even special crafters that unlock unique recipes.