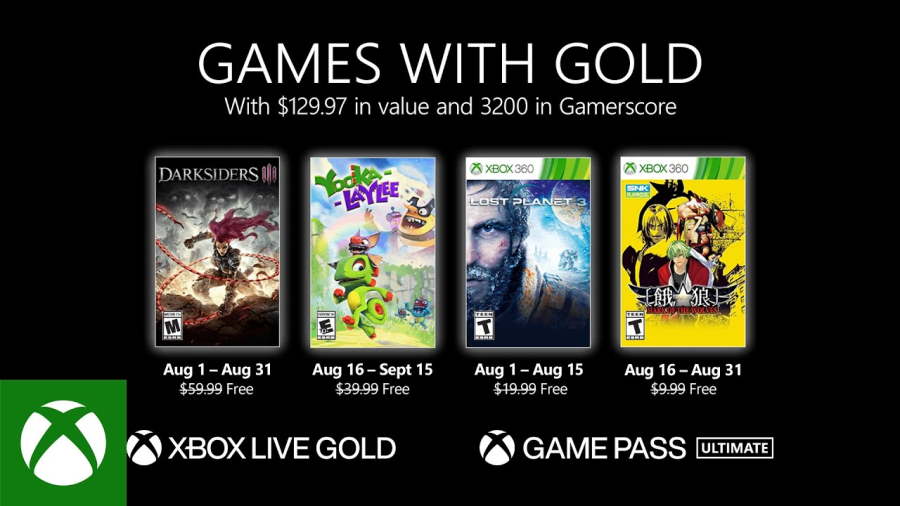 Darksiders III, Yooka-Laylee, Lost Planet 3, and Garou: Mark of the Wolves will make their way to Xbox Live’s Games with Gold in August 2021.

Darksiders III is a hack-and-slash title that puts players in the shoes of Fury as she hunts down the Seven Deadly Sins. Meanwhile, Yooka Laylee has the titular Yooka and Laylee setting out to take down the corporate villain Capital B, who is looking to absorb all of the world’s literature. Capcom’s Lost Planet 3 serves as a prequel to the series, telling the story of Jim Peyton as he uncovers the hidden truths within E.D.N. III. Finally, Garou: Mark of the Wolves is an SNK fighter that pays host to the T.O.P. system and a defense and counter mechanic.