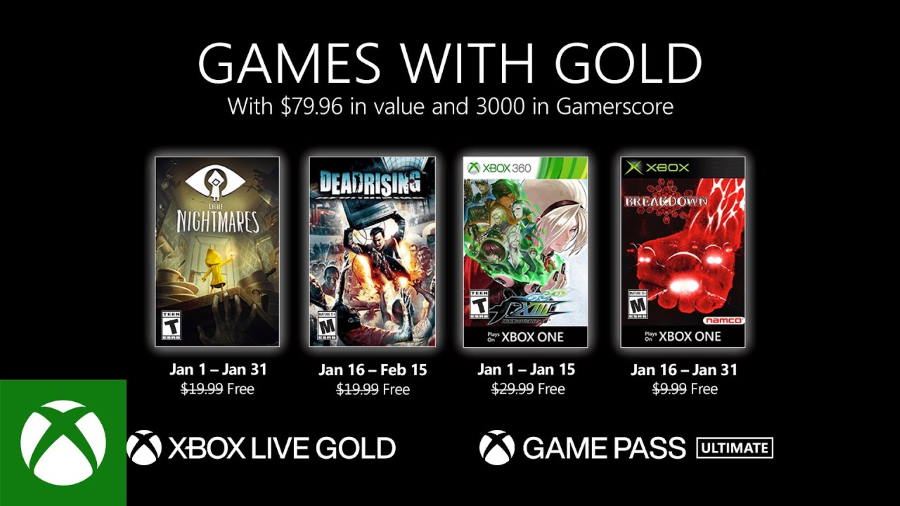 The next games coming to Xbox Live’s Games With Gold program are Little Nightmares, Dead Rising, The King of Fighters XIII, and Breakdown.

In Little Nightmares, players will help Six survive a massive and mysterious vessel known as The Maw. Inhabited by corrupted souls, players must unleash their imagination to escape the horrors within.

For those who prefer the undead, Dead Rising has players taking control of photojournalist Frank West in the zombie-filled Willamette shopping center. Using a variety of weapons, players have just 72 hours to fight off the zombie horde and uncover the truth.

The King of Fighters XIII is an upgraded version of the original arcade classic that features Kyo, Iori, and all of your favorite SNK characters. To get ahead, players can utilize their Hyper Drive power gauge to let loose devastating strikes and combos.

Finally, Breakdown tells the tale of Derrick Cole, who must fight his way through a mysterious lab using his newfound extraordinary powers.

The anti-gravity racing action of the wipEout series is making its way to mobile devices with Rogue’s wipEout Rush later this year.
ShareTweet
Tags
News Xbox One News