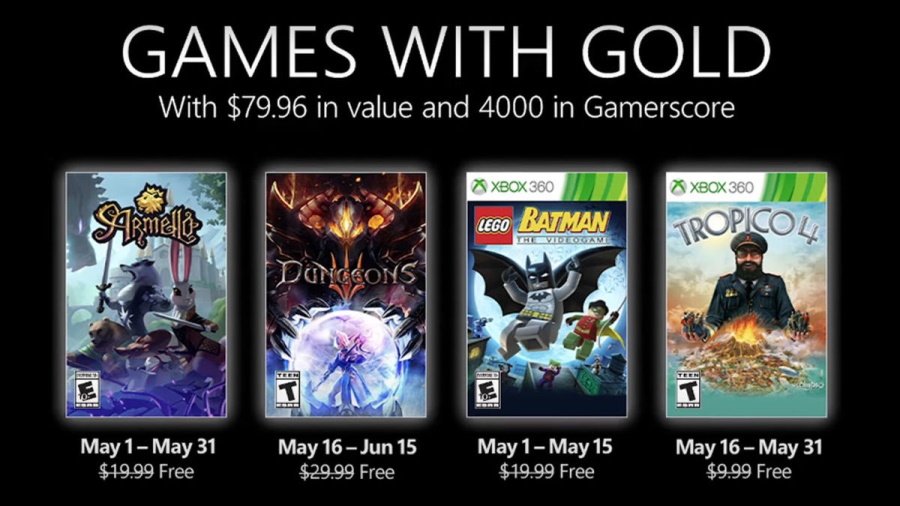 The inaugural title by League of Geeks, Armello is a digital board game that combines card play, tabletop strategy, and RPG elements. With players setting out to be the King or Queen of Armello, they must scheme, cast spells, quest, explore, hire agents, vanquish monsters, and face off against others.

Realmforge Studios and Kalypso Media’s Dungeons 3 will also be added to the service. This title follows the story of the dark elf sorcerer on her quest to conquer the continent. Gameplay features a mix of dungeon building with real-time strategy elements.

Players will be able to pay a visit to Gotham with Traveller’s Tales and Warner Bros. Interactive Entertainment’s LEGO Batman. The caped crusader Batman is joined by Robin as they fight crime and villandry. Threats include the RIddler, the Penguin, and the Joker.

Finally, Haemimont Games, Feral Interactive, and Kalypso Media’s Tropico 4 will be added as part of this month’s Games With Gold lineup. “El Presidente” takes center stage in this city management title as players fill the demands of Tropicans.