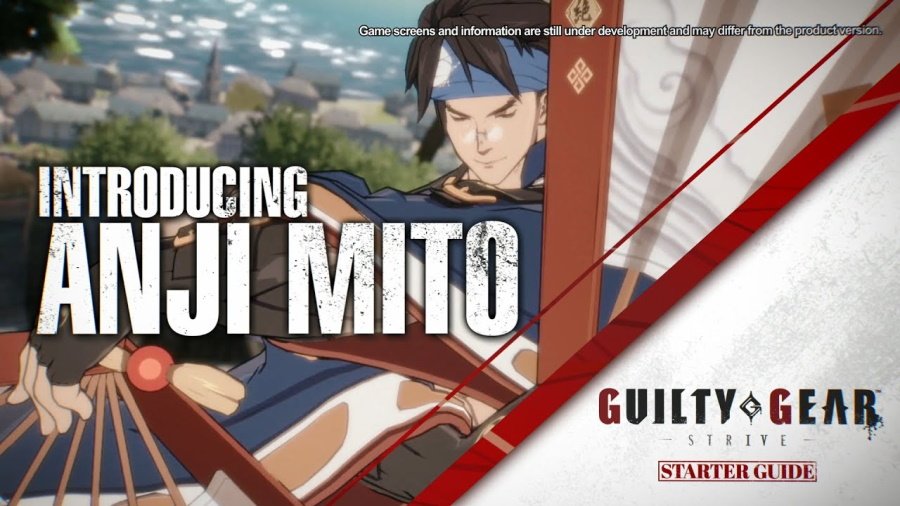 As one of the newest additions to the roster of Arc System Works’ Guilty Gear -Strive-, see Anji Mito in action with the latest starter guide released for the game.

Anji features a number of different moves that can help parry their opponent’s attacks. Hit Shitsu move is a slow moving butterfly projectile that is best used when you have the advantage. His Suigetsu No Hakobi allows Anji to move forward while avoiding attacks, and can then be used to attack opponents when they recover. His Fuujin move allows Anji to strike forward, while his Shin: IchiShiki move is a follow-up that has him rising up to launch a butterfly projectile. Finally, Issokutobi, Rin, and Nagiha can be done after Fuujin.

Moves that cost Tension include Issei Ougi: Sai and Kachoufuugetsu Kai, both of which deal out massive damage.

See his moveset in action with the trailer below:

All those interested will be able to try out Anji Mito (and I-No) for themselves during the Open Beta Test #2 from May 13 (on Thursday) to May 16 (on Sunday). More information can be found here.