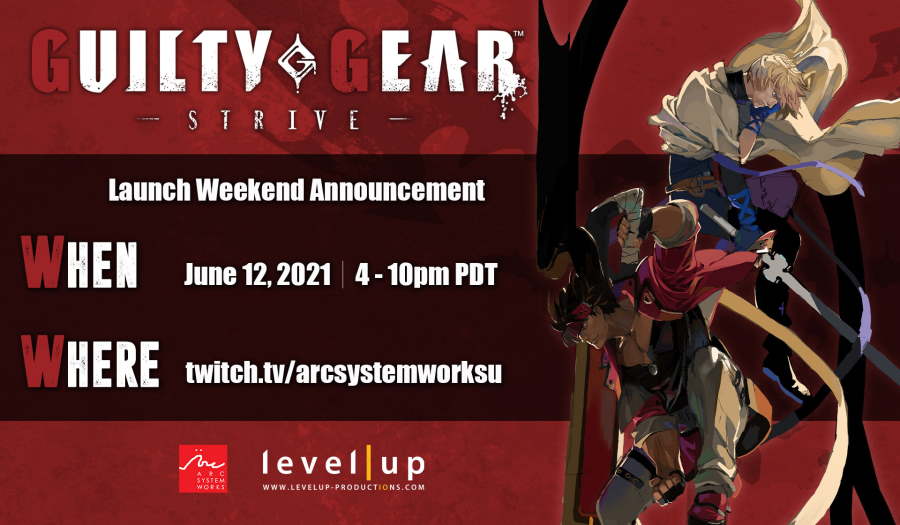 The team at Arc System Works is holding a launch event on June 12 to celebrate the release of their new fighter Guilty Gear -Strive-.

Produced by Level Up Productions, this event will be held from 4pm to 10pm PT and will stream on the official Arc System Works Twitch channel here. The event will pay host to character exhibitions, public lobbies in North America, and a Team Region Battle Royal that will pay host to players from the United States, Canada, and Mexico. Viewers and chat participants can also win it big with the t-shirt and game code giveaways going on throughout the event.

Created by Daisuke Ishiwatari, Guilty Gear -Strive- will once feature its signature dynamic 3D cell-shaded visuals. A number of new gameplay mechanics have been added into the mix, including a wall-breaking mechanic that will have players changing up their strategies.

For those who’d like to hear some of the tracks of the game, you can listen to a digital soundtrack preview below: