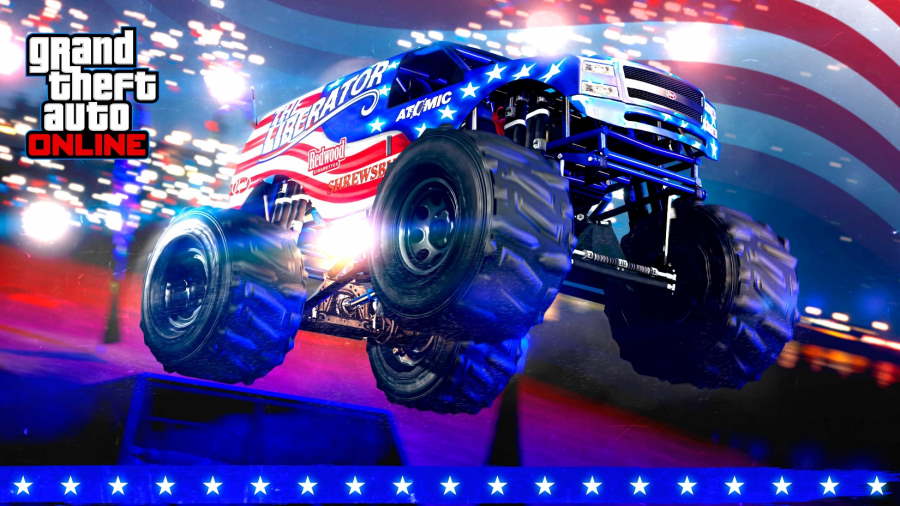 Celebrate Independence Day in style with a number of big bonuses and steep discounts in Rockstar Games’ GTA Online.

Bonus-wise, players can net themselves Triple GTA$ and RP on Stockpile and Mobile Operations Missions, along with Double GTA$ and RP on Treasure Chests and Hidden Caches across both Cayo Perico and the ocean floor.

For those on the hunt for freebies, net yourself a Blaine County Talk Radio Tee for free by logging in. A free USA Parachute Bag can also be yours if you swing by Ammu-Nation.

Business Battles will also be offering up special rewards, including the Pisswasser, Benedict, Patriot, and Supa Wet Beer Hats, along with the Statue of Happiness T-shirt. 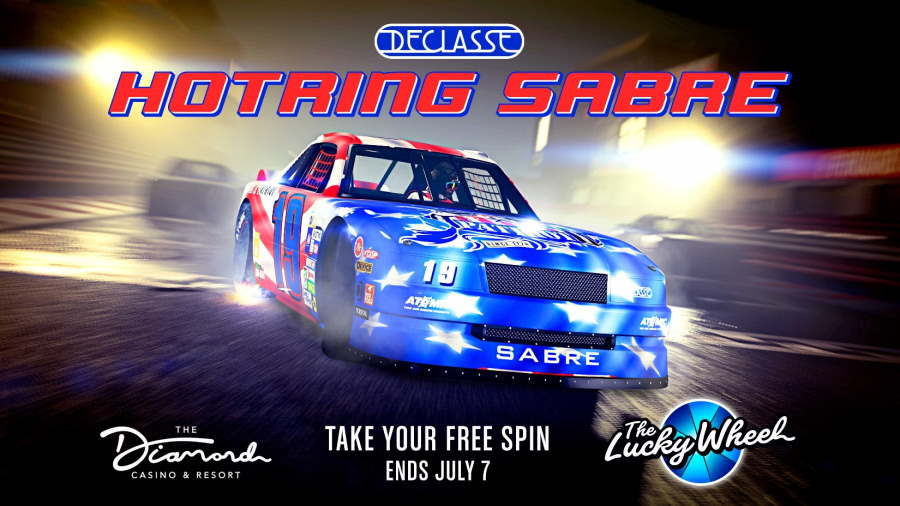 All those that swing by The Diamond Casino & Resort can spin the Lucky Wheel for a chance at the Declasse Hotring Sabre in the 19 Patriot Beer Livery.

Discount-wise, players can get 50% off the following:

Finally, GTA Online players that connect their Rockstar Games Social Club account with their Prime Gaming account can get themselves GTA$100K by playing this week. Prime Gaming members can also receive 70% off the Buckingham Valkyrie helicopter and 80% off the Dinka Sugoi.