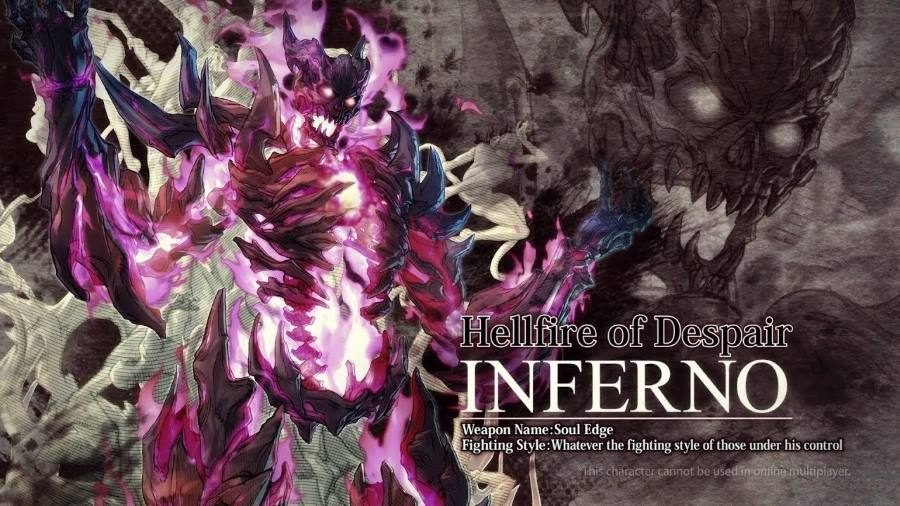 As the final boss in a number of Soul Calibur entries, Inferno is the antagonist of the series and the controlling force behind Nightmare. It can mimic any fighting style and use the weapon of its choice. Its Critical Edge is the same as Nightmare’s. Note that it cannot be used in online multiplayer.

Produced by “Project Soul,” Soul Calibur VI offers weapon-based combat in a 3D plane. Taking place in the 16th century, players will be able to choose from a number of different fighting styles.