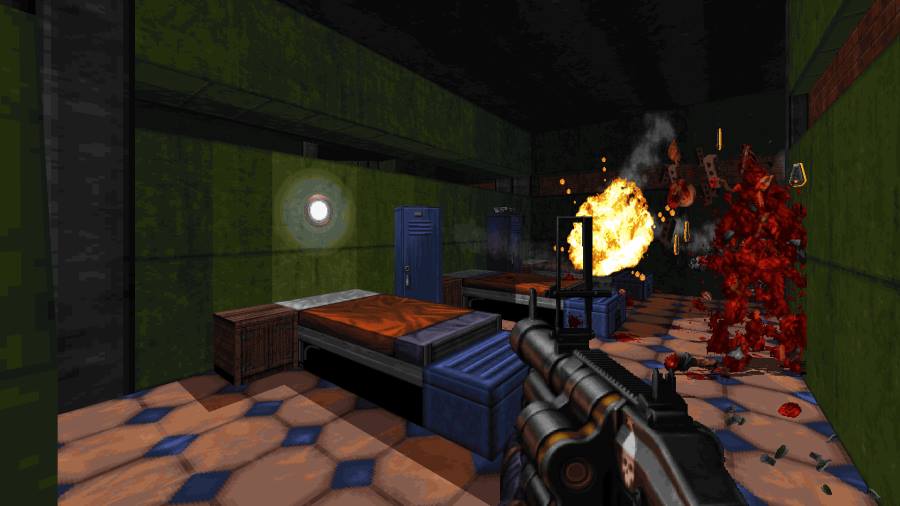 Old school first-person shooter aficionados are in luck, as Voidpoint, 3D Realms, and 1C Entertainment’s Ion Fury will hit consoles on May 14, 2020.

Set to release for the PlayStation 4, Xbox One, and Nintendo Switch, players will fill in the shoes of Shelly “Bombshell” Harrison as she sets out to take down the cyber-cultist army of Dr. Jadus Heskel. Featuring 60 frames per second on the PlayStation 4 and Xbox One, players will be able to defend Neo D.C. against cyborg infantry, giant robots and wendigos with eight different retro-inspired weapons.

According to Mike Nielsen, CEO of 3D Realms:

[testimonials user=” email=” name=” position=” photo=”]“We wanted to make sure the gory fun from the PC version felt just as great on consoles. We never thought we would see the day where we could use the Build engine on modern consoles, but we think our players will enjoy the efforts of Voidpoint and General Arcade’s fantastic work.”[/testimonials]

Note that a physical edition of the title will be available worldwide on June 26, 2020.