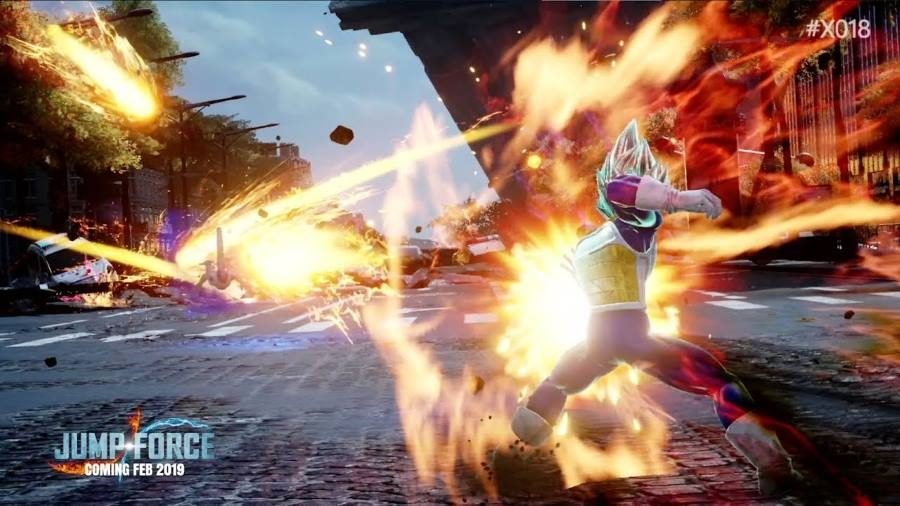 Bandai Namco released a new trailer for Jump Force that takes a look at the title’s “Ultimate Transformations.”

Both Goku and Vegeta’s SSGSS transformations are shown in the trailer below. Watch to see how these new forms allow them to tackle Gold Frieza:

Jump Force will take elements from the Jump world and put them in the real world. Characters from the Dragon Ball, One Piece, and Naruto series will be included, among others. The game will come out for the PlayStation 4, Xbox One, and PC on February 15, 2019.