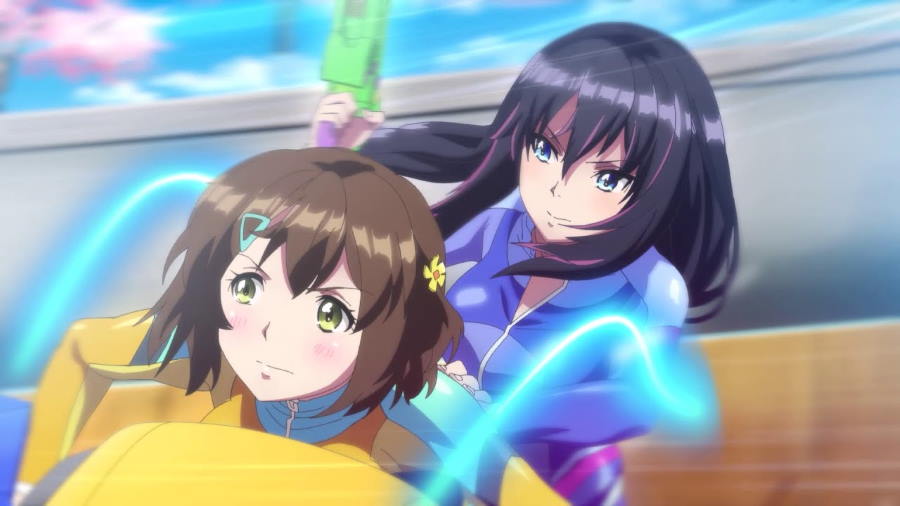 Get ready to start your engines – XSEED Games announced that Kandagawa Jet Girls will race on to the PlayStation 4 and PC August 25, 2020.

Designed by the creators of the Senran Kagura series, Kandagawa Jet Girls features seven teams of two girls each that are all vying to become race queens throughout Tokyo’s waterways. As these girls race along, they’ll be able to perform aerial stunts, engage in precision shooting, and race hard for the perfect photo-finish.

The title will feature 64 episodes of lighthearted racing drama in single-player, and will also feature online multiplayer with support for up to four players.

Note that sisters Ryōbi and Ryōna from Senran Kagura, representing the Hebijo Clandestine Girls’ Academy, will be included in the core roster of characters in the North American release as a special gift to fans. In addition, Asuka and Yumi of the Gessen Girls’ Academy and Hanzō National Academy will join the lineup as premium DLC after launch.