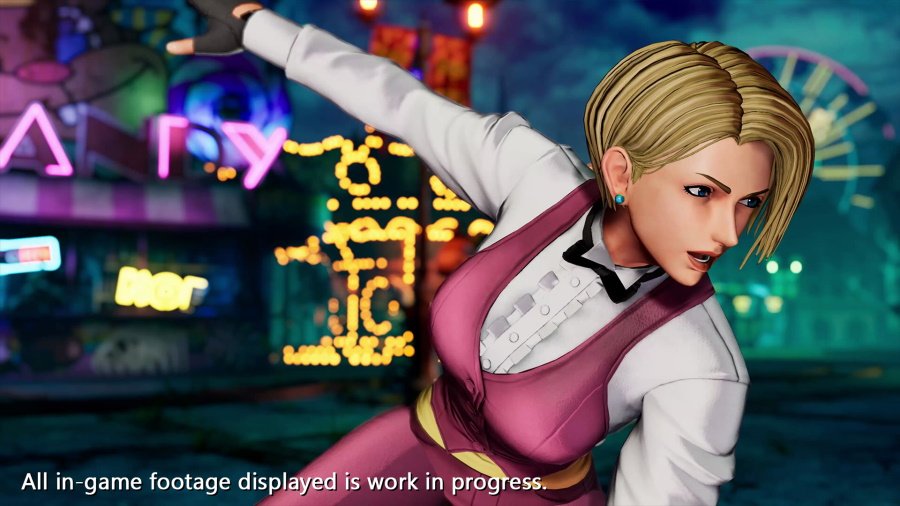 Originally making her debut in Art of Fighting, King is joining the roster of SNK’s The King of Fighters XV.

Also known as the Beautiful Kick’s Illusion, King was inspired and modeled after Jamaican singer Grace Jones. This recurring member of the King of Fighters’ Womens’ Team uses a Muay Thai fighting style that features several acrobatic jumping and high kick maneuvers. Some of her moves include “Trap Shot” and “Tornado Kick.”

She her in action below:

The second chapter of the fourth canonical saga for the series, The King of Fighters XV currently features the Hero Team, the Sacred Treasures Team, and the Fatal Fury Team. Other confirmed characters for the game include K’, Leona Heidern, Mai Shiranui, Yuri Sakazaki, and Yashiro Nanakase. KOF Tournament Anchorman Clemence Bellamy has also been confirmed as a non-playable character.

Players will be able to net themselves Triple GTA$ and RP in Sumo this week in Rockstar Games’ GTA Online.
ShareTweet
Tags
News