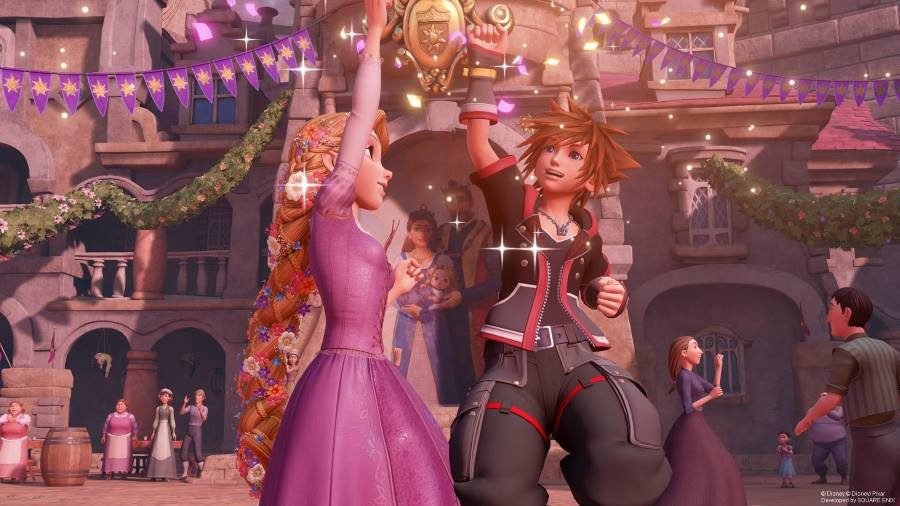 Shown off at LUCCA 2018, Square-Enix has released a new trailer for Kingdom Hearts III that takes a look at Tangled’s “Kingdom of Corona.”

The trailer, which can be seen below, shows that the protagonist Sora will be able to fight the Heartless outside Rapunzel’s Tower. Characters include Rapunzel, Flynn Rider, Mother Gothel, and the horse Maximus.

In the game, Sora is joined by Donald Duck and Goofy as they travel across a number of Disney and Pixar universes to stop an evil force known as the Heartless. The game will come out for the PlayStation 4 and Xbox One on January 29, 2019.