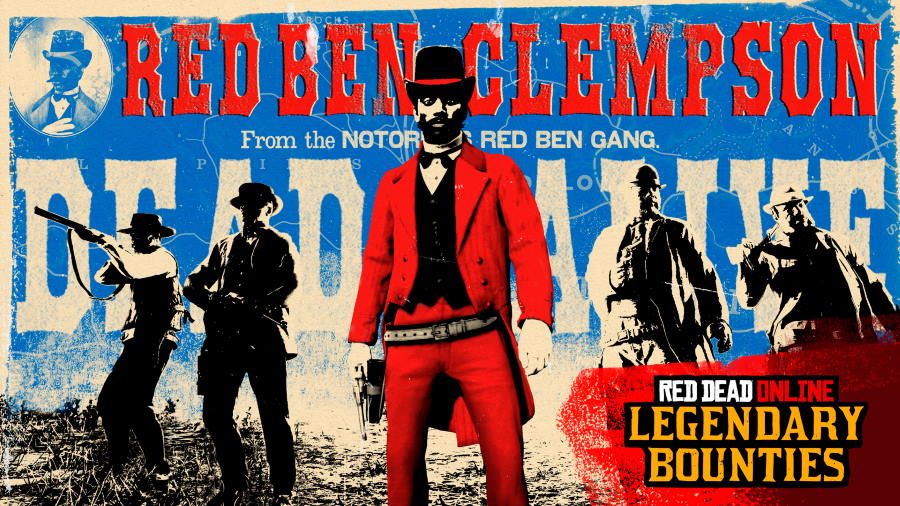 The hunt is on for the Red Ben Gang’s Red Ben Clempson, the latest Legendary Bounty to grace Rockstar Games’ Red Dead Online.

For those looking to track down Red Ben Clempson, he was last seen at the train tracks in New Austin. Just be warned that he is known for his sharpshooting skills.

All Collectors can seek out the Blood Flower, Chocolate Daisy and Creek Plum for Madam Nazar to assemble the Herbalist’s Collection for a handsome sum. For the crackshots among us, the Featured Free-Aim Series this week is Sport of Kings. 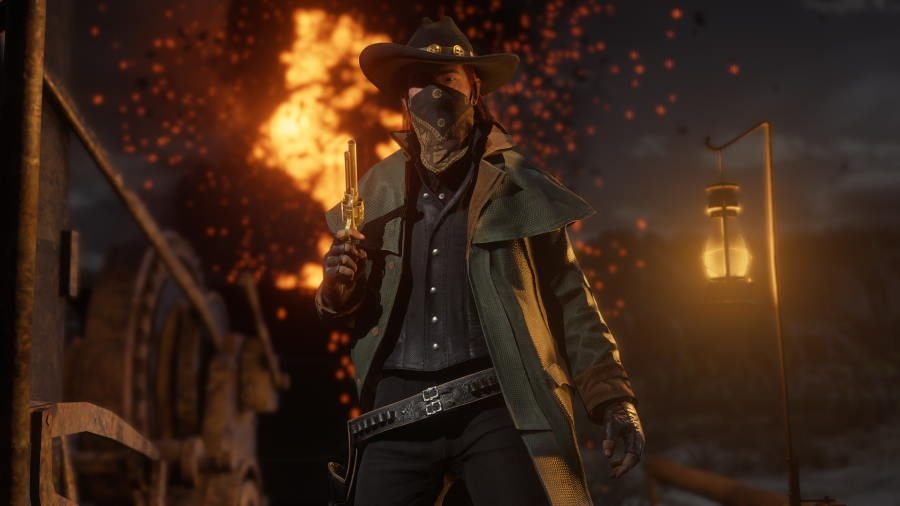 The Wheeler, Rawson & Co. Catalogue this week pays host to the Cardozo Vest for a limited time. On the other hand, the Dunaway Coat, the Purkiss and Pearrow Hats, Union Cap, Farley Shirt and Tillson Sweater have been added as permanent additions. New colorways of the Ledbetter Hat, Fuentes Poncho and Killiman Vest are now available this week, and patrons can nab the Parson Boots, Rowland Boots, Cerrada Boots and Cibola Boots. 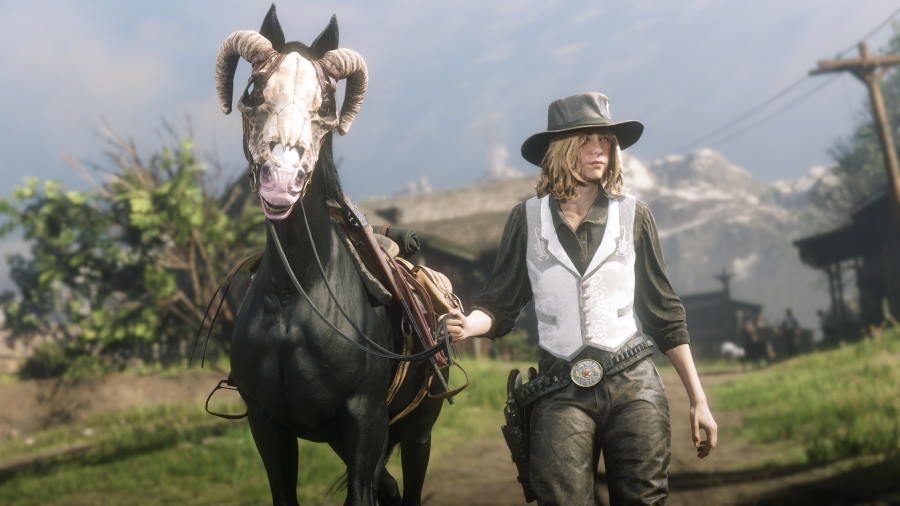 Note that the Wheeler, Rawson & Co. Club and The Outlaw Pass on Xbox One and PlayStation 4 come to a close on November 18. All exclusive Outlaw Pass rewards that are up to your current Club Rank will instantly unlock with the purchase of The Outlaw Pass. In addition, everything you unlock before November 18 will stay there permanently. As an added bonus for console players, Outlaw Pass holders who reach Club Rank 70 by the end of the week will receive an all-white Cardozo Vest for free.

Collectors can get themselves 25% off the retail price of the Pennington Field Shovel and 50% off all Collector Maps. These players can also get a substantial 25% bonus on RDO$ payouts on all Collector Sets. Meanwhile, PlayStation Plus members can collect the Page of Pentacles, Knight of Pentacles, Queen of Pentacles and King of Pentacles Tarot Cards by playing before November 18.

Finally, players who connect their Social Club accounts with Twitch Prime will receive the Bounty Hunting License on the house, along with an additional 10% off the Field Shovel and Collector Maps previously listed.