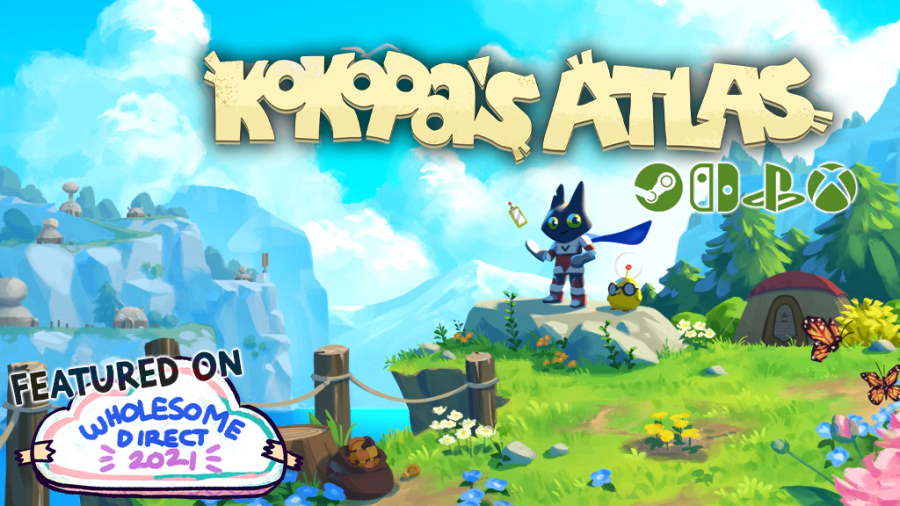 Announced during the E3 2021 Wholesome Direct, players will be able to set off on a great adventure with the release of HyperMegaPixel and Hitcents’ life sim RPG Kokopa’s Atlas.

The titular Kokopa takes the spotlight in this title. As an excitable, courageous galactic adventurer, he crash lands on an uncharted planet after a trip to deliver some packages. This new land features lush green fields, strange wildlife and countless mysteries, one the player can explore to their hearts’ content.

This farm and crafting title allows players to play their way, whether that be terraforming, meeting locals, honing combat skills, or spending time with your robotic ally Pollimero.

The title will come out for PlayStation, Xbox, and the Nintendo Switch, along with the PC via Steam. You can find the Kickstarter link for the page here.