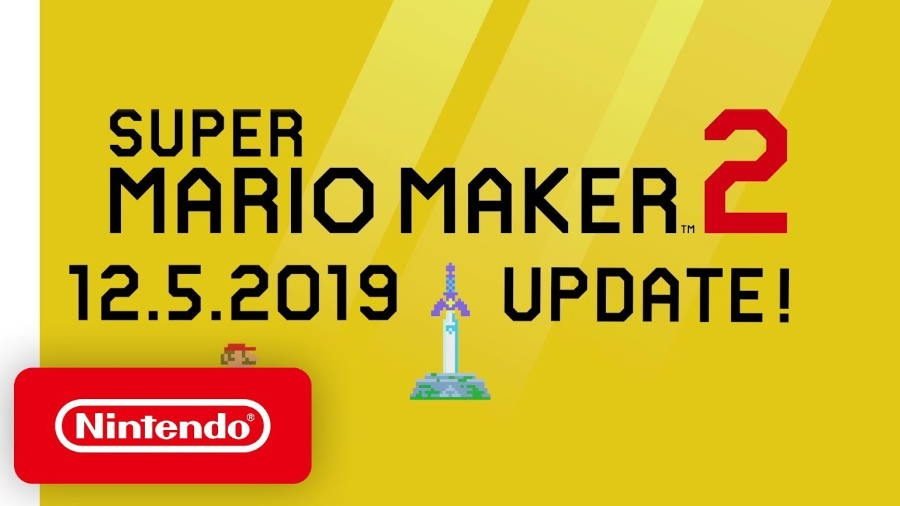 As part of the Ver. 2.0.0 update coming to the game on December 5, Nintendo announced that Link from The Legend of Zelda will make his way to Super Mario Maker 2.

This update will make Link a playable character after Mario grabs the new Master Sword item in its 8-bit Super Mario Bros. style. His moveset will allow him to attack with his sword, shoot arrows, and drop bombs.

Also included in the Ver. 2.0.0 update are the following elements:

Finally, the Ninji Speedruns mode will allow players to take on timed challenges in courses that have been created by Nintendo themselves. Players will be able to collect stamps through the completion of courses, which can then be redeemed in-game to get special Mii costumes.